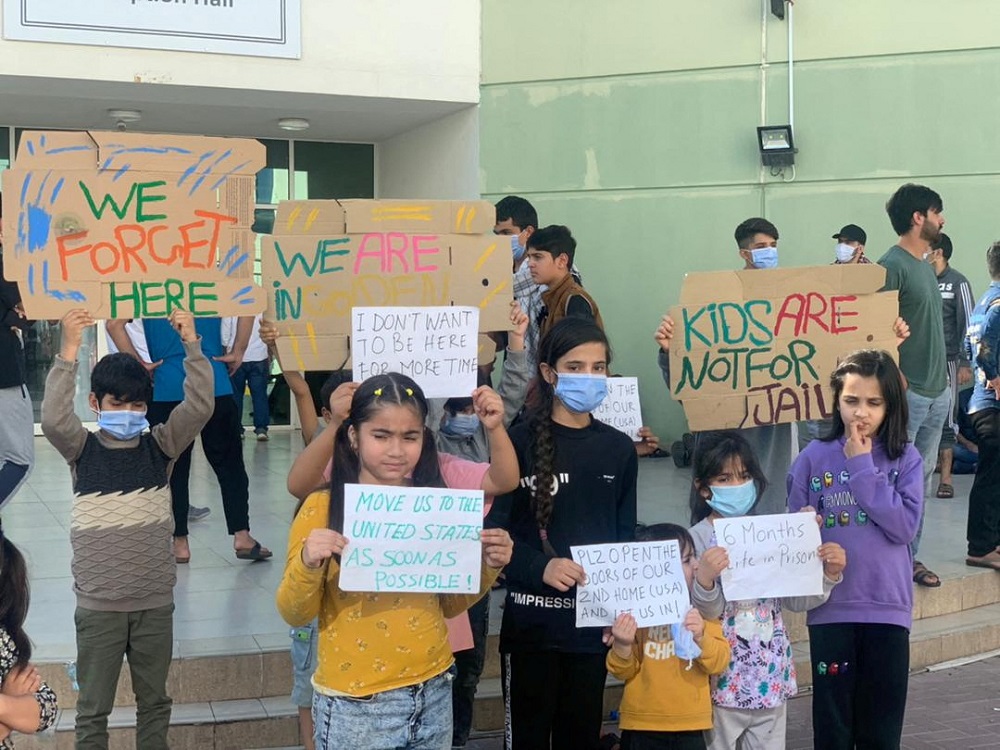 A senior US State Department official announced a plan on 4 March for the resettlement of Afghan refugees who fled their country following the chaotic withdrawal of US forces from Afghanistan last August.

According to the official, the process to resettle the thousands of refugees currently stranded in the UAE, Albania, Mexico, and other countries will extend until at least August of this year.

“I told them that I was really sorry it was taking so long and I was as frustrated as they were, frankly,” the official said, according to a report from Al Jazeera. “But I also asked for their understanding of how hard we’ve been working to get the systems going.”

Many refugees may be waiting in vain, as the State Department official stated that some may not get visas to enter the US. However, the official promised that they will not be forcibly returned to Afghanistan.

The process of vetting refugees for resettlement has reportedly been incredibly slow, as it involves lengthy procedures, including vaccine requirements, medical examinations, and biometric data processing. These are being conducted by teams flown in from the US to the various refugee centers hosting Afghans.

The news of Afghan refugee resettlement comes just a month after US President Biden signed an executive order to seize and divide up frozen funds worth over $7 billion, which belong to Afghanistan.

Half of the Afghan sovereign wealth reserves will be used for US victims of terrorism, and the other half to be used for “humanitarian efforts” for the Afghan people, which would be spent at the discretion of the US and not the sovereign government of Afghanistan.

However, such a seizure could cripple Afghanistan’s banking system and worsen poverty and food shortages.

Dr Shah Mohammad Mehrabi, an economics professor at Montgomery College in Maryland, was quoted in the New York Times as saying “you’re talking about moving toward a total collapse of the banking system.”

Regional political figures, such as Ayatollah Sayyed Ali Khamenei and Sayyed Hassan Nasrallah, have repeatedly stated that the US abandonment of Afghan individuals who worked alongside them during the 20 year military occupation, and who are now among the plethora of refugees around the world, is proof that the US easily dispenses with its collaborators once they no longer serve a purpose, and is therefore not a trustworthy partner.