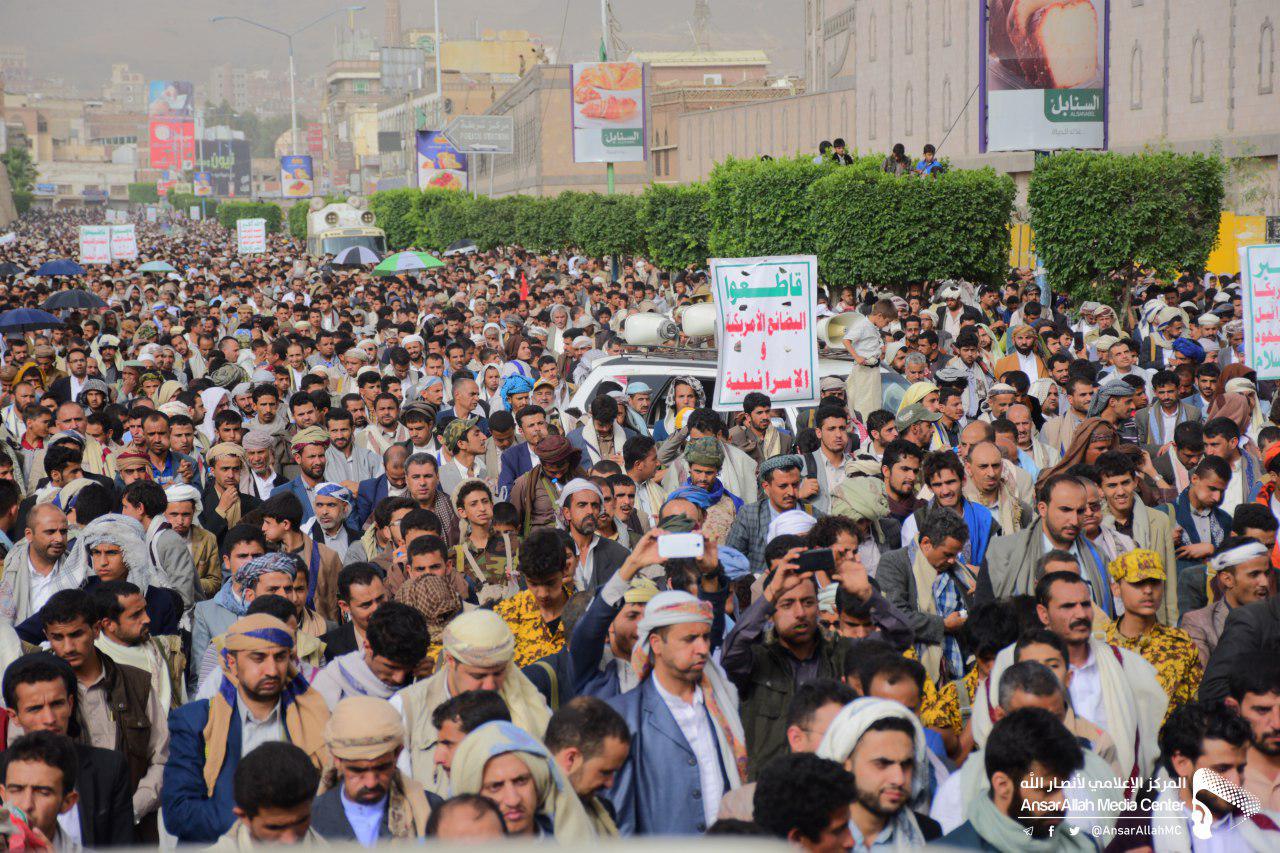 Protesters across Yemen rallied on 7 March to condemn the Saudi naval blockade preventing fuel ships from entering the country. They also said they held the US responsible for the ongoing war being waged against the country since 2015.

“The blockade of oil derivatives is a US decision” was echoed on the morning of 7 March in Saada, in protest against the seizure of oil ships by the Saudi navy during the humanitarian crisis in Yemen caused by the Saudi-led war on the country.

More protests are expected to continue throughout the day, including in the capital city, Sanaa.

According to UN figures, 377,000 Yemenis have died since the start of the Saudi-led war, with 70 percent of the deaths being children under the age of five.

Mohammad Awad, governor of Saada, said that the best way to confront the aggression is through the mobilization of armed forces, expressing his support for the operations of the Yemeni Armed Forces and the Allied Popular Committees against the Saudi-led coalition.

The Saudi-led coalition has also closed the Port of Al-Hodeidah, the gateway for food and oil imports into Yemen; an act Yemeni officials view as a war crime.

Yemeni media outlets have criticized the international community and the UN for being silent on the ongoing war and humanitarian crisis, holding them responsible for the crimes committed by the Saudi-led coalition.

Yemeni officials have said that access to oil is a basic right of the people, according to international law; and to starve the people of petroleum energy resources is tantamount to a war crime.

According to local sources, even Yemenis who live in territories controlled by the pro-Saudi parallel government are suffering from the siege and the lack of oil and food, and that such an inhumane tactic targets the entire country.

Last week, Essam Al-Mutawakel of the Yemen Petroleum Company (YPC) declared this current oil crisis in Yemen is at its worst since the start of the Saudi-led aggression in 2015.