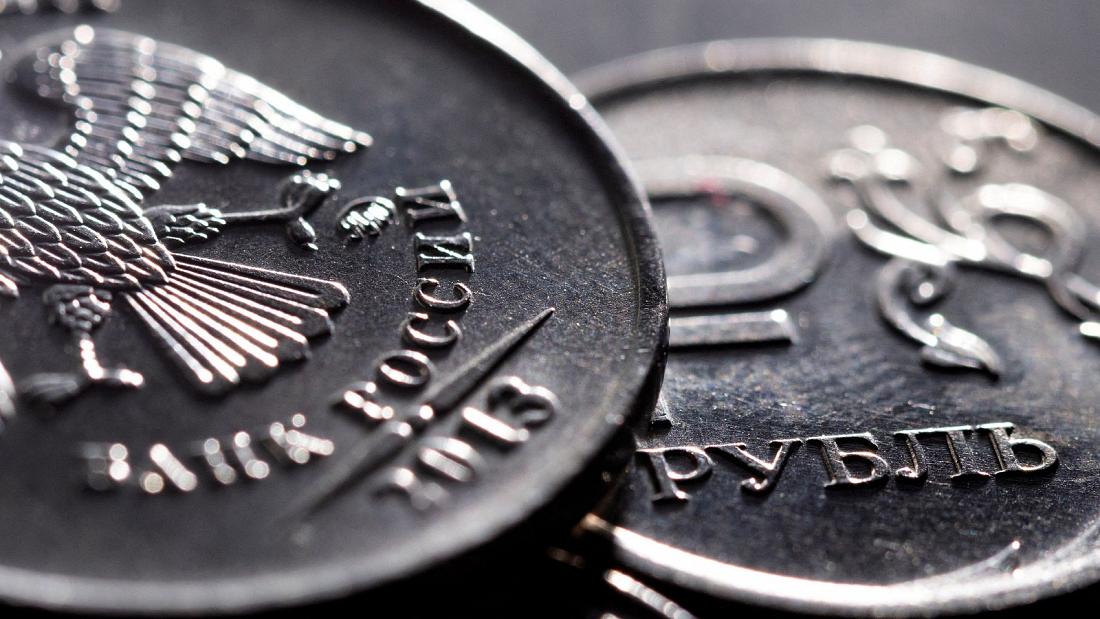 Russia has taken the top spot as most sanctioned country in the world, leaving Iran in second place and Syria in third. 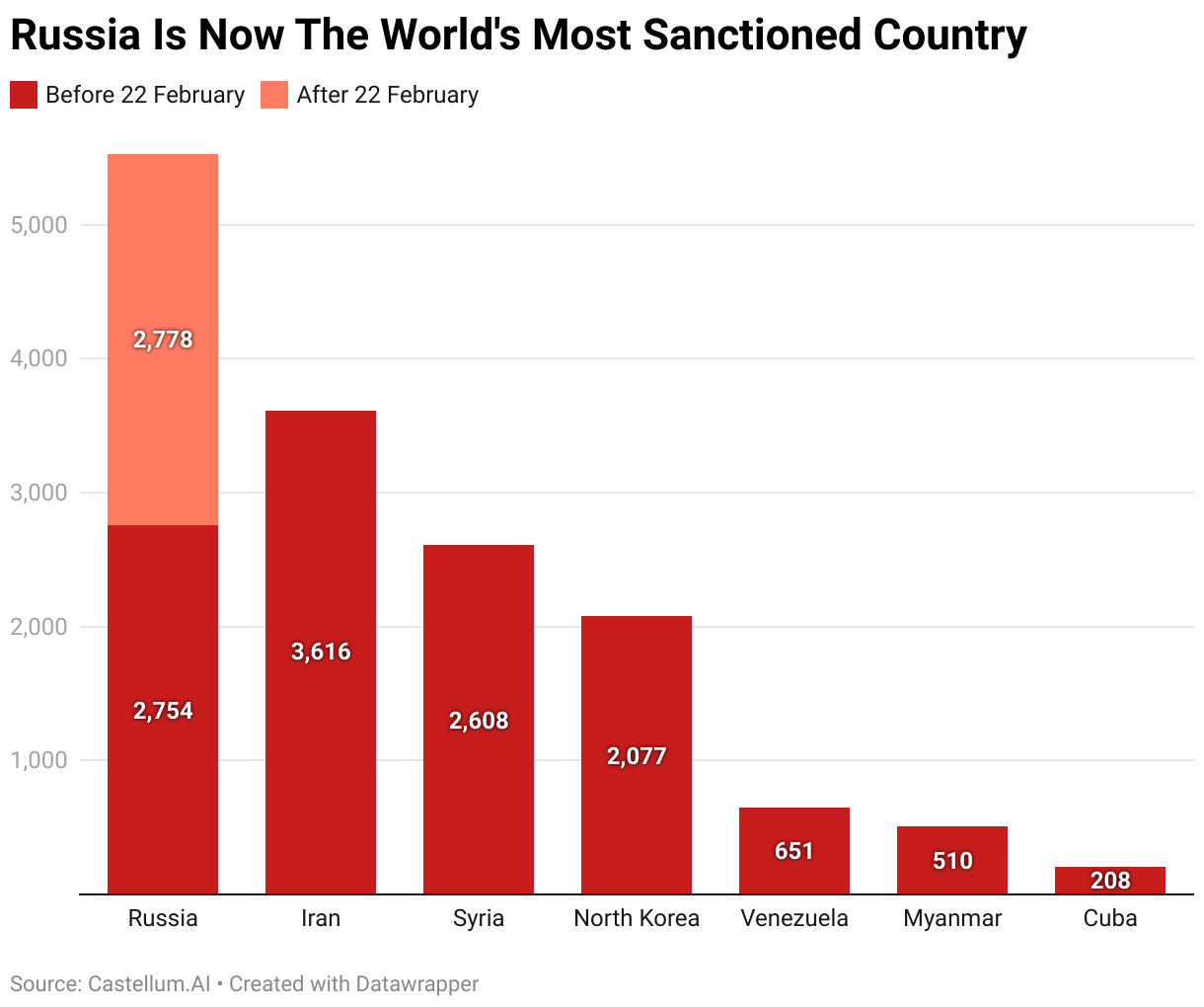 Prior to 22 February, the Islamic Republic of Iran was the most sanctioned country in the world, with Russia and Syria being closely tied for second place.

After 22 February, however, the litany of new sanctions placed on Russia in the wake of its special military operation in Ukraine caused it to surpass Iran, according to sanctions tracking website Castellum AI.

Various countries from around the world have imposed sanctions on Russia, in addition to the exclusion of Russian state-affiliated banks from the SWIFT system. This has affected Russian oil companies, including their exports to Europe and the rest of the world.

Additionally, private companies have also made the decision to close their operations in Russia, including Visa, Mastercard, PayPal, Apple, British Petroleum (BP), Netflix, Twitch, and many others.

Russian flagship airliner Aeroflot has also been banned from the airspace of several countries, while Russian athletic associations have been banned from FIFA, the International Paralympics Committee, and even Russian cats were barred from competing in international cat competitions.

Russian culture has also come under fire since the worldwide pressure campaign.

Russian orchestral conductor Valery Gergiev was fired from the Munich Philharmonic for refusing to speak on the Russian operation in Ukraine.

The Cradle has previously gone in-depth on how the gauntlet of sanctions against Russia can backfire and lead to the quick decline of the US dollar.

In the analysis, columnist Pepe Escobar stated: “With more Russian companies using SPFS and CIPS, even before they merge, and other maneuvers to bypass SWIFT, such as barter trade – largely used by sanctioned Iran – and agent banks, Russia could make up for at least 50 percent in trade losses.”

“Booting Russia from the critical global system – which handles 42 million messages a day and serves as a lifeline to some of the world’s biggest financial institutions – could backfire, sending inflation higher, pushing Russia closer to China, and shielding financial transactions from scrutiny by the west. It might also encourage the development of a SWIFT alternative that could eventually damage the supremacy of the US dollar.”

In response to the crushing sanctions Russian state-affiliated banks have recently begun the process of switching to the Chinese UnionPay system for their debit and credit cards.

Russia has been finding other ways to circumvent these pressures, including reaffirming ties with the UAE for securing its oil sales through OPEC+.