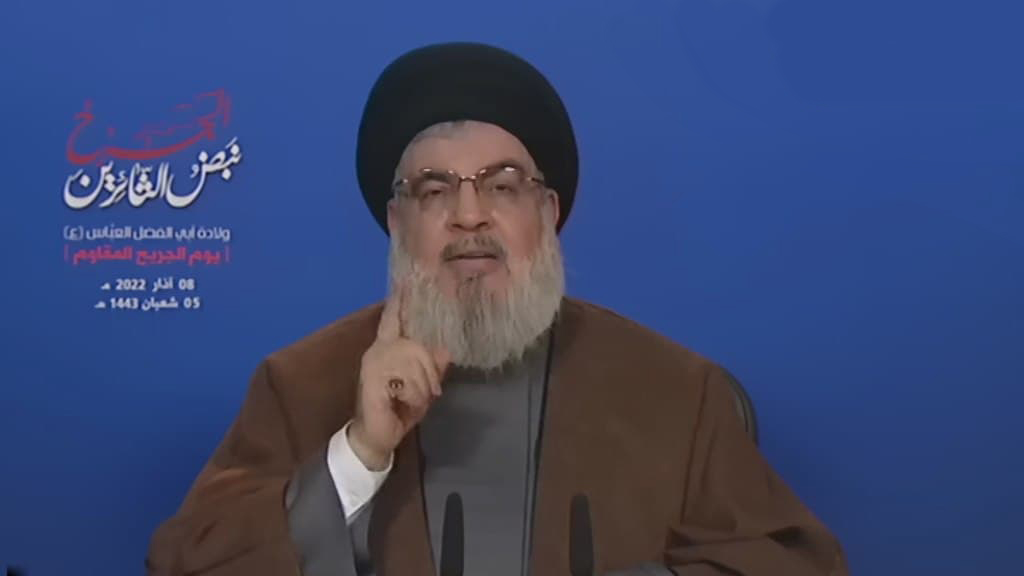 In a speech delivered on 8 March honoring the Day of the Wounded, Hezbollah Secretary General Sayyed Hassan Nasrallah openly called for Lebanon to meaningfully reclaim its “true sovereignty” by ending its subservience to the diktats of the US embassy.

Nasrallah defined what real sovereignty would look like for the Lebanese government, saying that Lebanon should tell the US people that “the Lebanese are not their slaves and this is what sovereignty calls for.”

The resistance leader also rejected the idea that the US can be a trusted partner, drawing on the fact the US abandoned its collaborators in Afghanistan and Ukraine.

“We’ve all seen how the US fled Afghanistan and abandoned those who trusted them there,” Nasrallah stated. “Ukrainian officials feel abandoned [by NATO],  and President Zelensky is ready to discuss Moscow’s demands.”

“The US demands are unlimited; what will the officials obtain in return for their submission?” Nasrallah asked.

Later on in his speech, Nasrallah referred to those who claim Hezbollah “controls” the Lebanese government and the socio-political climate in Lebanon, saying if that were true, Lebanon would not have voted against Russia at the UN nor would it have issued a statement against Russia from the Lebanese Ministry of Foreign Affairs.

The Hezbollah leader highlighted the foreign ministry statement on Ukraine was likely drafted by US Ambassador Dorothy Shea, who has often intervened in the sovereign affairs of Lebanon.

Most recently, Shea was accused of shielding Central Bank Governor Riad Salameh from prosecution over charges relating to the corruption that contributed to the country’s financial collapse.

“Have the Lebanese officials obtained [something] from the Americans who are only offering false promises? Until this moment, the US State Department has not given Egypt and Jordan documents exempting them from the Caesar Act,” Nasrallah said, referring to the delay of a US-backed plan to provide gas and electricity to Lebanon.

Nasrallah noted that another fuel crisis was brewing in Lebanon, with long lines appearing yet again at gas stations due to the global fuel crisis in the wake of the Russian special operation in Ukraine.

The pain of this global crisis could easily be reduced, the Hezbollah leader said, by agreeing to Russian and Chinese offers to invest in infrastructure.

Nasrallah also referred to a Russian offer in 2021 to build an oil refinery which would produce oil derivatives to fulfill the needs of the Lebanese people.

“The US prevented Lebanon from accepting the Russian offer without presenting an alternative. If Hezbollah had any control over the decisions of the Lebanese state, the Russian proposal would have been accepted,” Nasrallah stated.