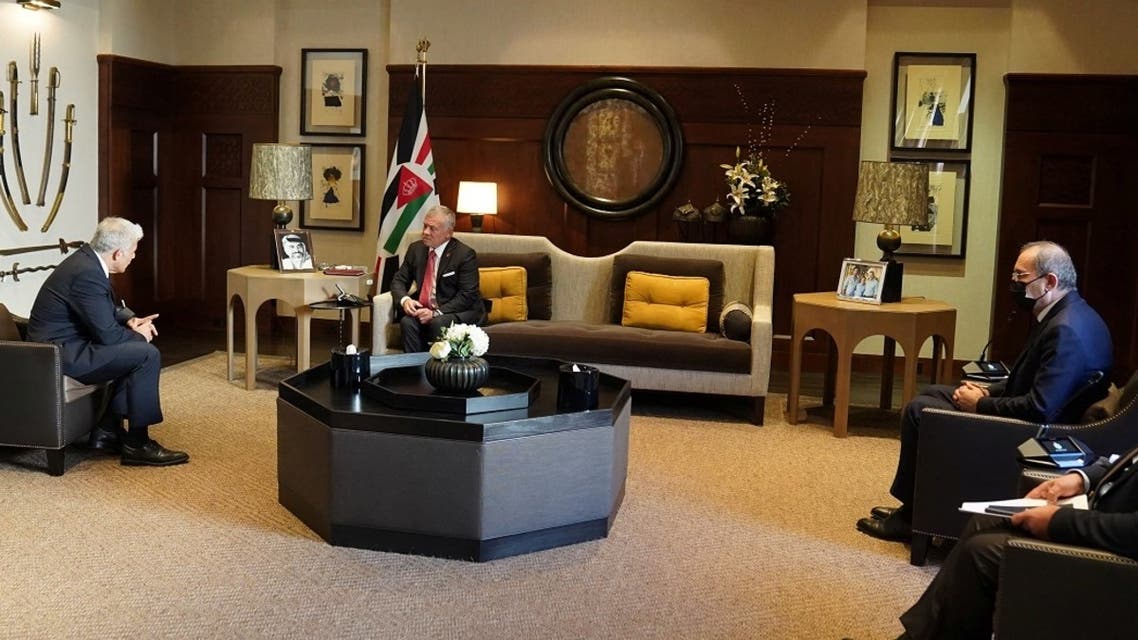 Israeli Foreign Minister, Yair Lapid, met with King Abdullah II of Jordan in Amman on 10 March for talks regarding the security situation in Jerusalem, Israel’s Foreign Ministry said in a statement. This is Lapid’s second meeting with the Jordanian monarch since the formation of the latest Israeli government last year.

Lapid’s visit comes as the Muslim month of Ramadan approaches, and tensions escalate from ongoing Israeli harassment of worshippers at the Al-Aqsa Mosque – of which Jordan is the custodian – as well as increased Palestinian home demolitions, and renewed plans for the building of illegal settlements in occupied East Jerusalem.

According to a Jordanian statement, King Abdullah told Lapid that Israel’s plans for increased settlement building, on top of declaring Jerusalem as its “eternal and indivisible capital” capital, have undermined the process of a two-state solution.

The two also reportedly discussed regional and international issues, including the joint water and energy agreement signed between Jordan, Israel and the UAE last year, which ensured that Tel Aviv would sell 50 billion liters of water a year to the Hashemite kingdom, double what it already provides.

“We agreed that we should work together to calm tensions and promote understanding, especially ahead of Ramadan and Passover,” Lapid said at the end of the meeting.

“Our special relationship with the Kingdom of Jordan guarantees a better future for our children. Peace between us is not only a good neighbor but our moral responsibility,” he added.

The talks between Lapid and King Abdullah coincided with a meeting held in Amman between Jordanian Foreign Minister Ayman Safadi and USAID Deputy Administrator for Policy and Programming Isobel Coleman.

The meeting highlighted the “solid, strategic” relationship between Jordan and the US, as well as an upcoming memorandum of understanding that will be signed between Amman and Washington.