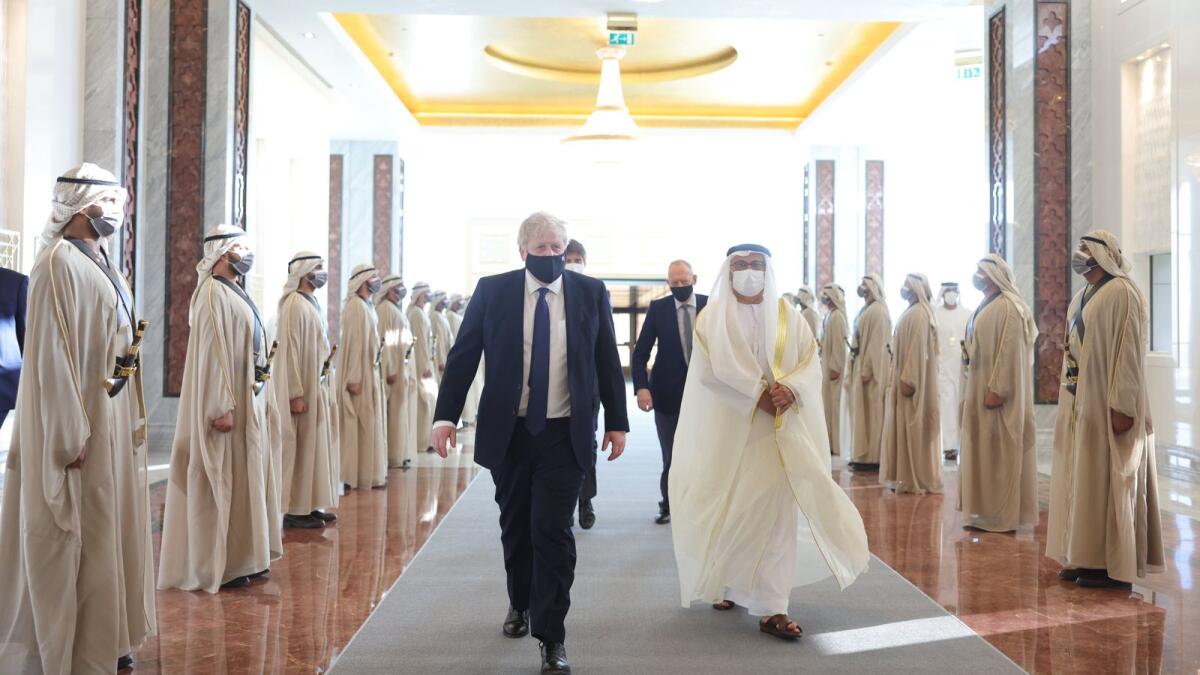 UK Prime Minister Boris Johnson began a trip to the Gulf on 16 March to meet with Saudi and Emirati leaders as the west seeks to find alternatives to Russian oil supplies amid the crisis in Ukraine.

Today the Prime Minister is visiting the UAE and Saudi Arabia for talks on energy, regional security and international diplomacy as part of the UK’s work to galvanise global action on the invasion of Ukraine. pic.twitter.com/x3XaqWNJcW

Johnson is serving as an emissary from the west after Riyadh and Abu Dhabi snubbed calls by President Biden for the Gulf countries to increase oil production.

Oil prices rose sharply across the world earlier this month after the US and its allies imposed harsh economic sanctions on Moscow, including a ban on Russian oil imports, sending Brent Crude prices to nearly $140 a barrel in trading last week.

Following their decision, western nations have been scrambling to secure alternative fuel supplies, hoping their allies in West Asia would answer the call.

However, both the UAE and Saudi Arabia have been unwilling to change course from a deal forged by OPEC+ members, including Russia, which calls to gradually increase oil production by 400,000 barrels per day each month.

As recently as last week, the UAE energy minister confirmed the country is “committed to the OPEC+ agreement and its existing monthly production adjustment mechanism.”

His statement came on the heels of a conflicting comment from the Emirati ambassador in Washington, who suggested Abu Dhabi was in favor of releasing more oil on the market.

Johnson’s trip comes just days after Saudi authorities executed 81 detainees, a majority of them belonging to the country’s Shia Muslim minority who were incarcerated after taking part in anti-government protests a decade ago.

The leader of Britain’s Labour Party, Sir Keir Starmer, criticized the prime minister’s trip saying that “going cap in hand from dictator to dictator is not an energy strategy.”

In response to the criticism, UK Foreign Secretary Liz Truss said that London could not afford to “rule out” working with countries across the globe because “we don’t like a particular policy.”