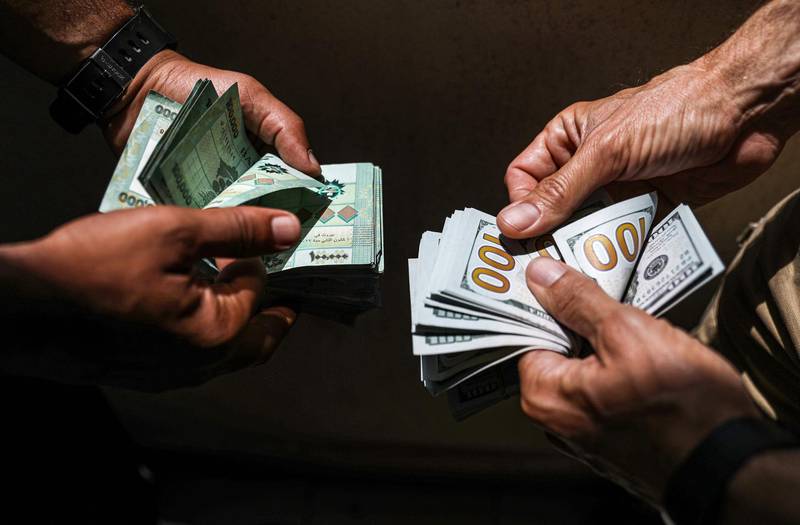 The annual inflation rate for Lebanon reached 215 percent in February 2022, according to statistics from the Central Administration of Statistics Consumer Price Index. The historical peak of inflation in Lebanon was 741 percent in 1987 during the Lebanese civil war which ended in 1990.

The inflation rate has hit the average consumer very hard. Compared to the prices from February 2021 until February 2022, transportation increased by 510 percent, restaurants by 449 percent, healthcare by 413 percent, food and non-alcoholic beverages by 396 percent, and water, electricity, gas and fuels by 372 percent.

Lebanon has been in a downward economic spiral since late 2019 when the national currency started to rise above its official exchange rate of 1,500 liras per 1 US dollar.

The downturn is due to a myriad of domestic problems ranging from high trade deficits in the export markets due to lack of domestic industry, to mismanagement and illicit activity by the Central Bank of Lebanon, and the high debt-to-GDP ratio racked up by the government, and which defaulted on $31 billion in eurobonds in March 2020.

The country’s government has yet to respond to Russian and Iranian offers to sell fuel to Lebanon in the local currency, which would alleviate the pressures to constantly have a foreign currency supply.

But the Lebanese trade deficit is not the only thing that diminished the foreign currency reserves.

The Central Bank of Lebanon, in addition to multiple major banks, are currently under investigation by the Lebanese judiciary for illicit transfers of billions of dollars in foreign currency outside the country.

On 21 March, Lebanese Judge Ghada Aoun officially charged the Central Bank Governor Riad Salameh with illicit enrichment. Salameh, who was charged in absentia due to failure to appear before the court, denies the charges.

The Lebanese judiciary also froze the assets of major Lebanese banks and their executives, and issued travel bans on their directors.

On 22 March, Fransabank was able to partially overturn an earlier judicial order that froze its assets, and which allowed them to remove wax sealing on their vaults. In protest to the original decision, the bank shut down all their branches.

This financial and economic crisis comes as Lebanon faces severe food shortages, exacerbated by the ongoing conflict between Russia and Ukraine, in addition to the dwindling foreign currency reserves. Some mills in Lebanon have already run out of grain.

Lebanon is currently in the midst of negotiations with the International Monetary Fund (IMF) for loans that lawmakers hope will move the country away from the edge.

However, IMF negotiations have been met with criticism due to the stringent conditions set by the IMF, which would impose austerity measures and erode national sovereignty.