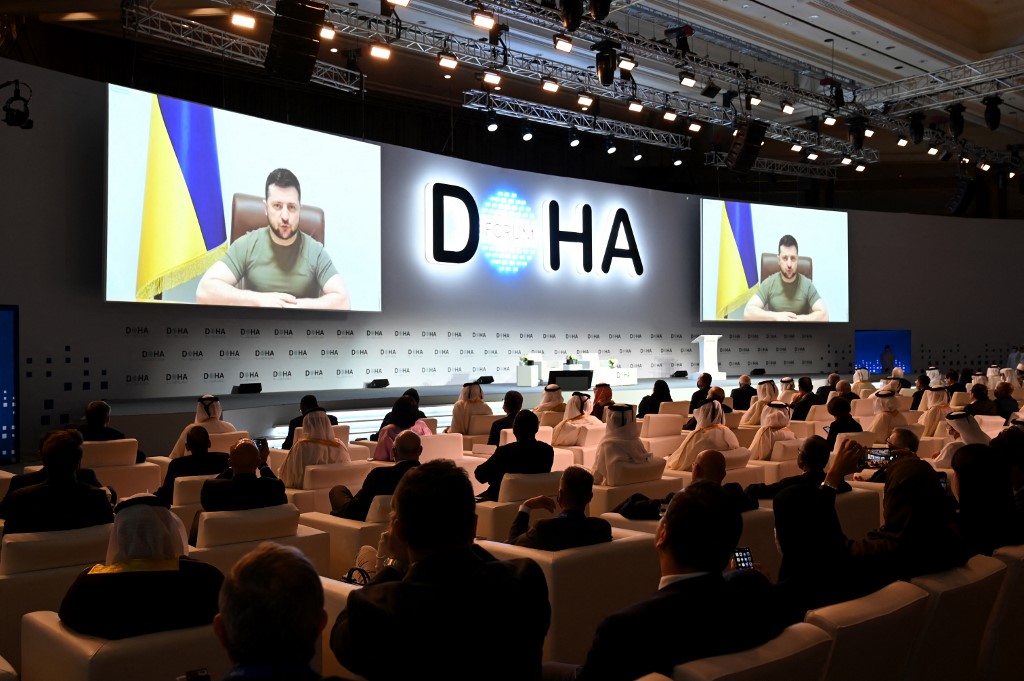 Ukrainian President Volodymyr Zelensky made a surprise video appearance at the Doha Forum in Qatar on 26 March to plead with the oil-producing Arabian Peninsula nations to increase their oil output.

Oil prices have seen record increases since the start of the Russian special military operation in Ukraine and the unprecedented sanctions placed on Russia since then.

Alternative supplies of fuel to Europe serve as a counterweight to Russia’s ability to use European and global dependency on its fuel to maintain economic viability during the global economic boycott of Russia.

Gulf Cooperation Council (GCC) member states are torn between their loyalty to Washington and their partnerships with Moscow.

Qatar’s Minister of State for Energy Affairs Saad Sherida Al-Kaabi said in a CNN interview on 25 March that they will continue to supply Europe with gas.

Qatar, however, balances its ties with Moscow. A recent meeting between Russian and Qatari foreign ministers on 14 March demonstrated that the two seek cooperation in the energy market.

The meeting came after President Biden designated Qatar as a major non-NATO ally of the US on 10 March.

Kuwait leans considerably more towards the US. Aside from Qatar, Kuwait and Bahrain share similar designations as major non-NATO allies of the US.

Nikkei Asia reported on 26 March that major Japanese banks are teaming up with banks from the US and Europe to lend Kuwait $1 billion and bolster its oil output, in the hopes of increasing crude production in order to weaken Russia’s position in the energy markets.

NATO expects Germany to boycott Russian gas, a move that would leave the EU member state with insufficient fuel to heat homes during winter or to power industrial centers. Neither Qatar nor its neighboring states have the capacity to replace Russian oil and gas in a short period of time.