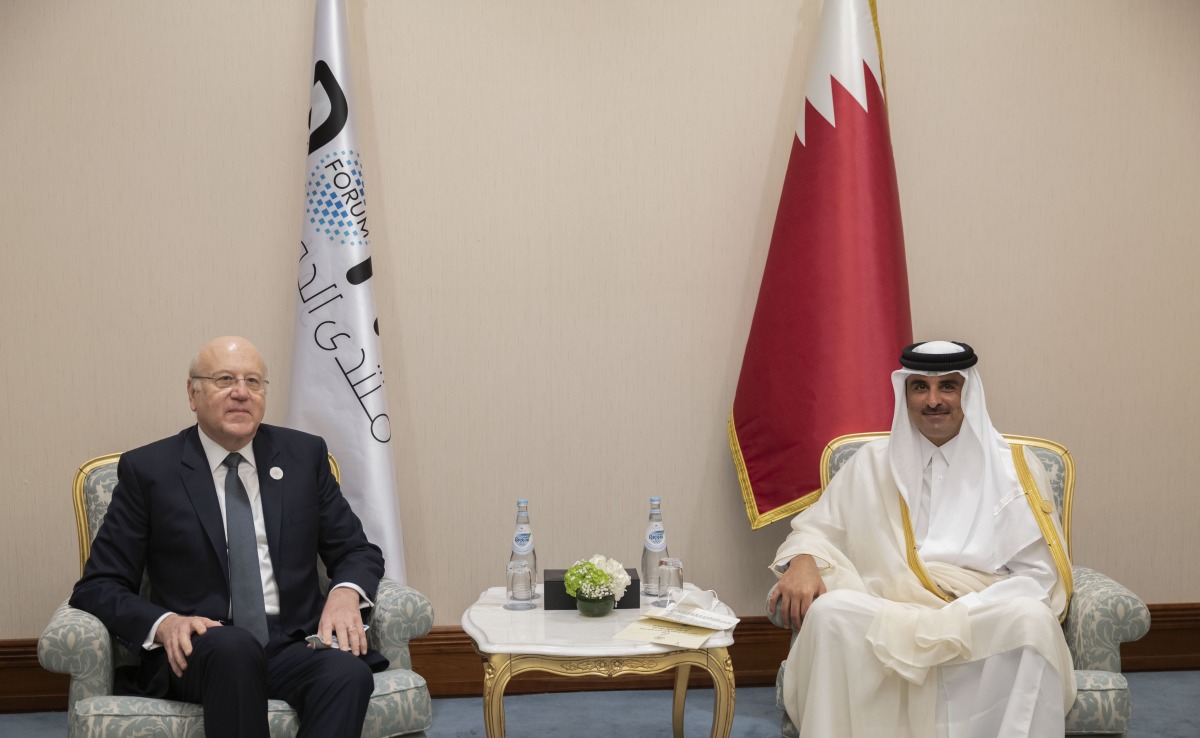 Lebanese Prime Minister Najib Mikati announced on 26 March that Lebanon has made progress in efforts to restore diplomatic ties with Saudi Arabia and the other Gulf countries that severed ties with Beirut in late 2021.

Mikati made the announcement shortly after holding talks with the Emir of Qatar Sheikh Tamim bin Hamad Al Thani in Doha on the sidelines of the ongoing Doha Forum.

Mikati was quoted by Lebanon’s National News Agency as saying: “Qatar is standing by Lebanon and, hopefully, all Arab countries, especially the Gulf nations, will restore normal relations with Lebanon.”

Mikati has also held talks with Qatari Prime Minister Khalid bin Khalifa bin Abdulaziz Al Thani, who informed Mikati that Qatar would send its foreign minister to Lebanon to fully acquaint himself with the prevailing situation in the country.

The development comes only a few days after Lebanese media outlets reported that Saudi Arabia’s ambassador to Lebanon, Walid al-Bukhari, would return to the country at the start of Ramadan.

In October 2021, Saudi Arabia, the United Arab Emirates, Kuwait, and Bahrain cut all diplomatic ties with Beirut over comments made by Lebanon’s then-minister of information George Kordahi about the Saudi-led aggression against Yemen.

The four countries banned the importation of all Lebanese goods and forbade their citizens from visiting Lebanon. In an effort to de-escalate the situation, Kordahi was forced to step down from his position, despite the fact that he had made the comments in his personal capacity before he became a minister.

The extreme reaction by the four nations was said to have very little to do with the comments by Mikati and, according to Riyadh and its allies, was the result of Lebanese government failure to rein in the influence of the Hezbollah resistance movement in Lebanon.

Saudi Arabia and other members of the military coalition that have waged war on Yemen since 2015 have often accused Hezbollah of providing military support to the Yemeni Armed Forces, an allegation that both Hezbollah and the Yemeni army have denied.