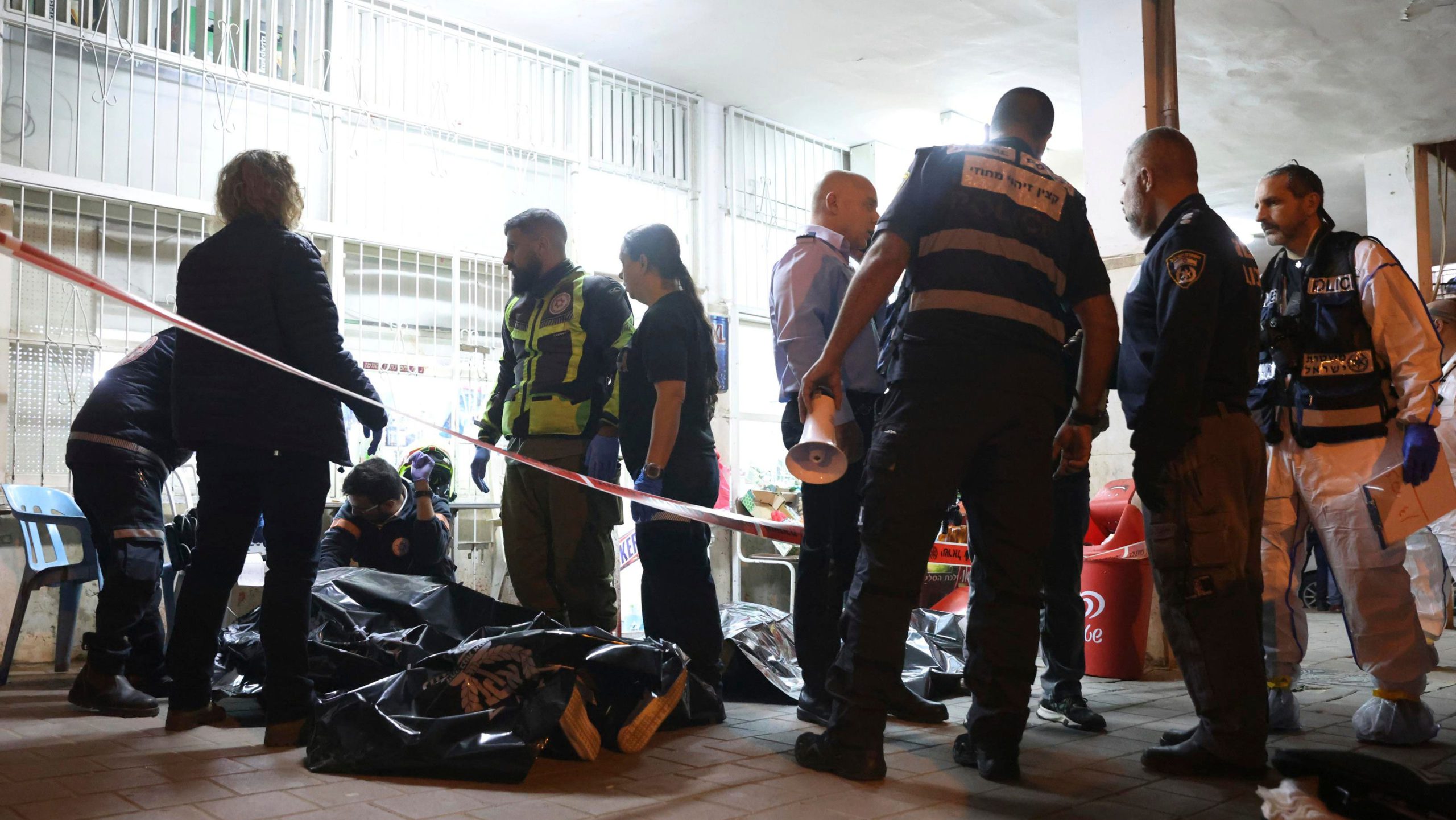 A shooting on 30 March in Bnei Brak, an ultra-Orthodox Jewish town outside of the Israeli capital, has left six people dead, including the gunman, Diya Hamarshah, 27, from the occupied West Bank city of Yabad near Jenin.

This is the third attack targeting Israeli settlers in the span of a week.

On 27 March, a gun attack in Hadera city left two people dead and injured several others, while on 22 March, a Palestinian Bedouin was shot dead after killing four Israelis and injuring two others in a knife attack in the southern city of Beersheba, in the occupied Negev region.

Soon after, scores of Israelis gathered at the scene of the shooting where they could be heard chanting anti-Palestinian slogans, including “death to Arabs.”

The Israeli occupation forces have also raised the level of alert to the highest it has been since the brutal war launched on the Gaza Strip in May of last year.

According to The Times of Israel, the total of 11 victims killed in the recent attacks constitute the highest number of settlers killed in such a period within the country since the suicide bombing of a bus in 2006 killed 11 people.

Palestinian resistance factions, meanwhile, see the attacks as part of the Palestinian right to resist occupation of their lands.

“This is also a swift response to the shameful summit that was held in the south,” Hamas official Mushir al-Masri added, referring to the Negev Summit, during which Israel hosted a number of Arab foreign ministers.

The Palestinian Islamic Jihad (PIJ) also praised the attack, saying “the resistance to the occupation will continue with all the force.”

The Popular Front for the Liberation of Palestine (PFLP) said that the attack affirms Palestinian adherence to resistance.

Just hours before the attack on the Tel Aviv suburb, the Israeli occupation forces deployed four additional infantry battalions to the occupied West Bank for what they called a “potential outbreak of violence during the upcoming holy month of Ramadan.”

In recent days, Israel’s internal intelligence agency Shin Bet has raided several Arab cities, including Umm al-Fahm, the hometown of the men who carried out the attack in Hadera.

According to Israeli media, the raids resulted in the arrests of at least 12 individuals allegedly connected to ISIS.