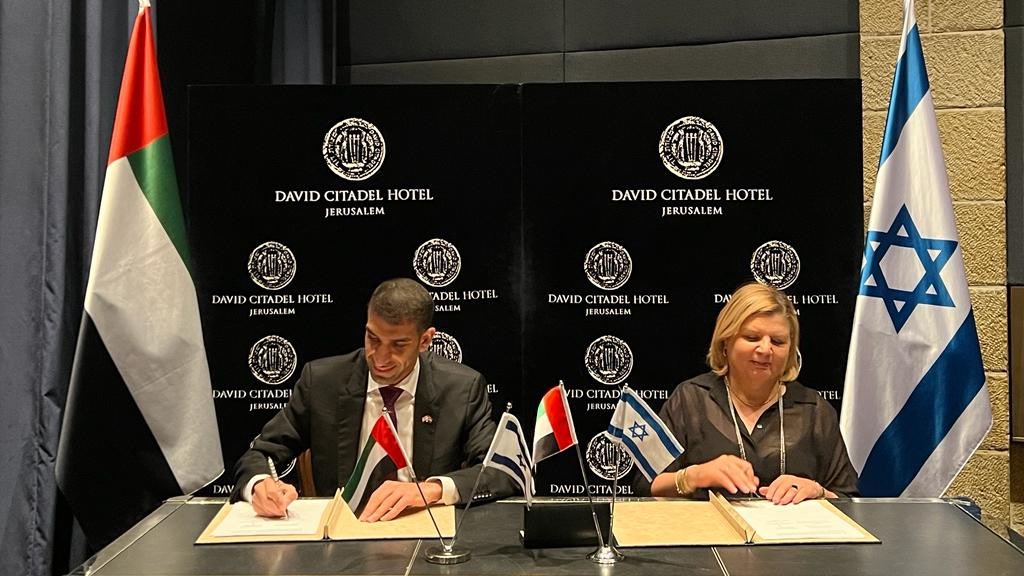 Israel and the UAE have concluded negotiations for a free trade agreement (FTA) between the two nations, the Emirati Foreign Trade Minister announced on 1 April.

“This milestone deal will build on the historic Abraham Accords and cement one of the world’s most important and promising emerging trading relationships,” Foreign Trade Minister Thani al Zeyoudi said in his announcement.

We have concluded talks on a Comprehensive Economic Partnership Agreement with Israel and it is now ready for signature. This milestone deal will build on the historic Abraham Accords and cement one of the world’s most important and promising emerging trading relationships. pic.twitter.com/WgYgJ1YiLD

In 2020, the UAE normalized relations with Israel after signing the so-called Abraham Accords, sponsored by the government of former US president Donald Trump.

Trade between Tel Aviv and Abu Dhabi reached $700 million within a year of signing the normalization agreement, as the two nations expanded cooperation in aviation and finance. Meanwhile, Dubai’s non-oil trade with Israel surpassed $500 million in the first half of 2021 alone.

Israel’s Economy Minister, Orna Barbivay, also took to Twitter to praise the latest deal, calling it “a groundbreaking agreement, the first of its kind with an Arab state.”

She added that 95 percent of the products traded between Abu Dhabi and Tel Aviv are included in the agreement and will be customs free, immediately or gradually, including food, agriculture and cosmetic products, as well as medical equipment and medicine.

This FTA will come into effect after being signed and ratified by the economy ministers of the two nations, though no timetable was given for this.

The news comes just days after Israel hosted the Negev Summit, welcoming the foreign ministers of Bahrain, Egypt, Morocco, and the UAE, as well as US Secretary of State Antony Blinken.

The controversial summit, held in the south of occupied Palestine, wrapped up on 28 March, with officials declaring the summit would lay the “foundation stone” for a new Israeli-Arab alliance.