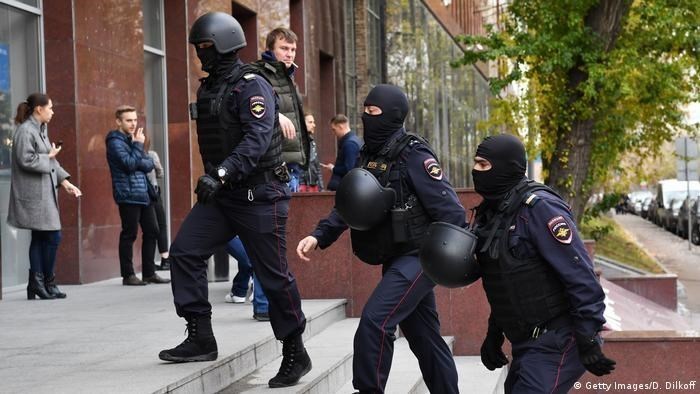 According to the Russian Federal Security Service, 10 people were detained across nine different Russian districts for working with members of Hayat Tahrir al-Sham (HTS).

The suspects were allegedly working to set up a fund-collecting network to aid the armed group in Syria’s northern Idlib governorate.

“The activity of ten suspects linked to the international terrorist organization Hayat Tahrir al-Sham currently active in Syria was revealed with the support of the National Guard in the territories of the Republics of Bashkortostan, Dagestan, Ingushetia, the Krasnodar Territory, Astrakhan, Volgograd, Novosibirsk, Tula, and Tyumen,” Russia’s security service said in a statement.

Officials said that leaders of the terrorist organization instructed the arrested men to construct a regional network to gather cash, which was then channeled to the militants in the terrorist-controlled Syrian region of Idlib.

The arrests come just days after a report surfaced claiming that 87 former members of ISIS were transferred to the Syrian-Turkish border under the direct supervision of HTS leader Abu Mohammad al-Julani.

According to family members of the fighters, high-ranking HTS leaders have been coordinating with senior leaders of the Turkistan Islamic Party group, Ansar al-Tawhid, and Hurras al-Din groups, to facilitate the passage of extremists from Idlib to Turkey and then on to Ukraine to fight the Russians.

Russia has expressed concerns over the growing number of ISIS and HTS members reportedly making their way to Ukraine.

Over the last month, the Foreign Intelligence Service of Russia (SVR RF) has issued warnings that the US and NATO are providing ISIS fighters with special training at the US army’s Al-Tanf military base in Syria, before sending them to Ukraine.

On 8 March, around 450 HTS militants arrived in Ukraine to fight against the Russian army.