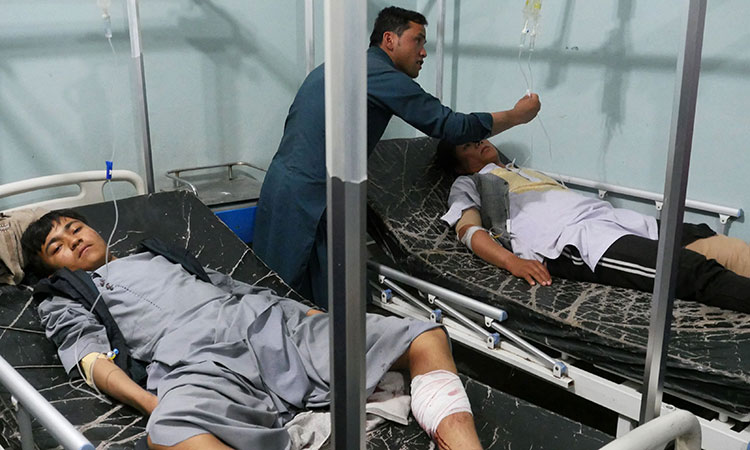 Victims of bomb blasts recuperate at a hospital in Herat on 1 April. (Photo credit: AFP)

Taliban officials in Herat said they believed the bombs were recently planted. No such statement was issued by authorities in Helmand, leading to the possibility of an accident.

The children killed in Herat were playing in a sports field when two bombs went off in succession. Sabit Harwi, the Taliban-appointed spokesman for the intelligence office in Herat, said the area was recently cleared for unexploded ordinances, leading to the suspicion that they were planted recently.

The explosion in Helmand occurred as a group of children came across an unexploded mortar shell. Many similar accidental discoveries of explosive ordinances have killed children as they search for scrap metal to sell in order to support their families.

The UN has recently warned about the looming crisis in Afghanistan – mostly, however, in relation to the economy and food shortages. The UN is seeking to raise $4.4 billion in humanitarian assistance for the Central Asian country.

Participants at the meeting agreed that NATO and the US must bear the responsibility for the costs of rebuilding Afghanistan given their roles for the decades of war that have destabilized the country.