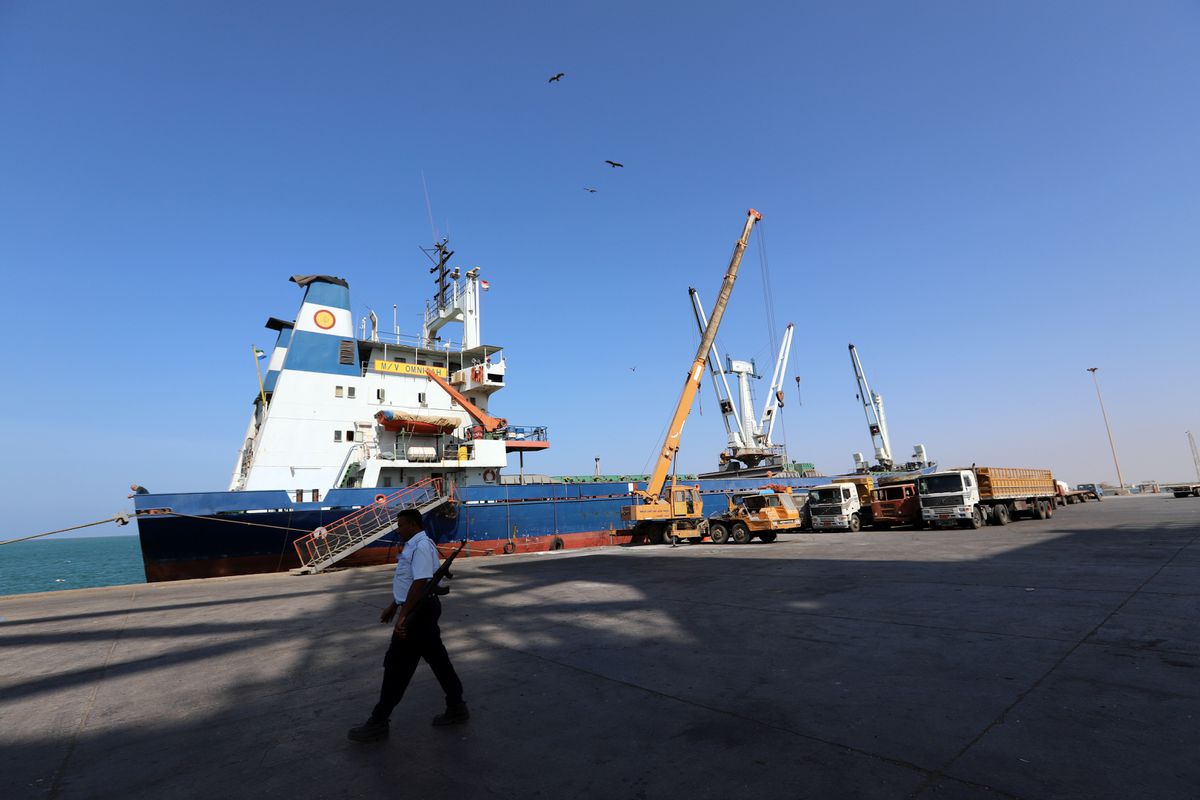 In the morning of 4 April, an oil ship that had been seized by the Saudi-led coalition for over a month, arrived in Yemen’s port of Hodeidah.

The spokesman for the Yemeni Oil Company (YPC), Issam Al-Mutawakel, announced the arrival of the ship via Twitter.

According to the vice president of the Yemeni Red Sea Ports Corporation, Yahya Abbas Sharaf Al-Din, the Caesar is loaded with 32,300 tons of gasoline.

The Caesar is one of four ships that were recently seized by Riyadh’s forces despite having the proper UN documentation to reach Yemen.

Since June 2020, the Saudi-led coalition has seized dozens of ships delivering fuel and other essential goods to the port of Hodeidah.

On 3 April, the Splendour Sapphire docked in the port of Hodeidah after being detained for 88 days by the Saudi kingdom.

The arrival of the ships carrying emergency fuel supplies comes as part of a UN-sponsored truce between the Saudi-led coalition and Yemen’s Ansarallah resistance movement.

The terms of the two-month truce include ending offensive military operations, cross-border operations, allowing ships with needed supplies into the port city of Hodeidah, and allowing the re-opening of Sanaa airport for commercial flights to predetermined destinations.

Reuters reported that the agreement could be renewed by both parties close to its expiry.

Yemen has been the site of a brutal war launched by Saudi Arabia in 2015 with the support of NATO and its regional allies.

According to the UN, the war has killed about 377,000 Yemenis and left nearly half the country’s population on the verge of famine due to the naval blockade enforced by the coalition.

Despite investing billions of dollars into the war, the Saudi-led conflict has failed to achieve any of its stated objectives.

In recent months, the Ansarallah resistance movement and fighters from the allied Popular Committees have inflicted heavy losses on the coalition, despite the latter’s superior military capabilities.