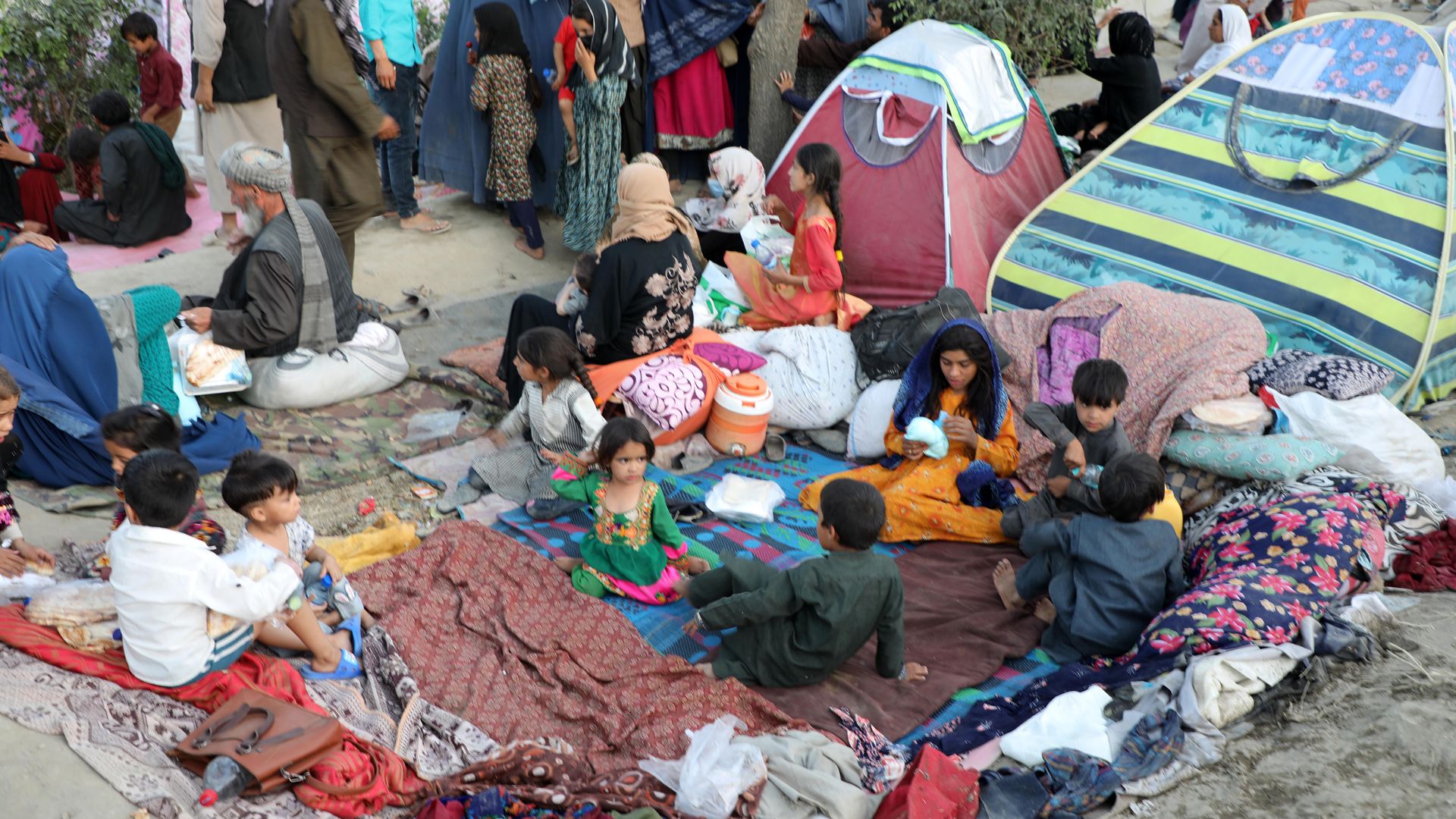 Months after the Taliban victory against the US-backed Afghan army, Afghanistan’s economic future remains gloomy as 97 percent of Afghans could fall below the poverty line by mid-2022.

A poll by the US-based Gallup analytics firm highlights the record figure. However, the percentage could be end up being higher as the economy remains on a tailspin due to the effect of Russia’s special military operation in Ukraine over global food markets.

The poll revealed that 89 percent of Afghans said their economic situation worsened, while only 1 percent responded positively.

Meanwhile, 75 percent of Afghans do not get enough food and 58 percent do not have any shelter.

On 15 March, the UN Resident and Humanitarian Coordinator Ramiz Alakbarov revealed that at least 23 million people in Afghanistan have been severely affected by the current food crisis, forcing households to resort to “desperate measures” to put food on the table, and with 3.5 million minors in need of nutritional treatment.

According to the UN report, 95 percent of Afghans do not have proper access to food. The figure reaches nearly 100 percent in households headed by women.

Turkey, Canada, Germany, and the US lead the list of countries where Afghans are most willing to emigrate.

The disastrous US military invasion, which cost US taxpayers more than $2 trillion, according to Brown University estimates, left 38 million Afghans in a dire humanitarian situation.

Afghanistan is going through a humanitarian crisis triggered by a decision in Washington to impose sanctions on Kabul after the Taliban returned to power.

The US also seized billions of dollars of Afghanistan’s foreign reserves, depriving the central Asian nation of much-needed resources.

US sanctions have decimated the Afghan economy, one that was already crippled by two decades of war by the US. The situation has been further worsened by droughts that have hit some regions of Afghanistan over the past three years.

The situation in Afghanistan is becoming increasingly difficult with the cutoff in foreign aid, the collapse of the economy, the paralysis of the banking and financial systems, and the loss of millions of jobs.