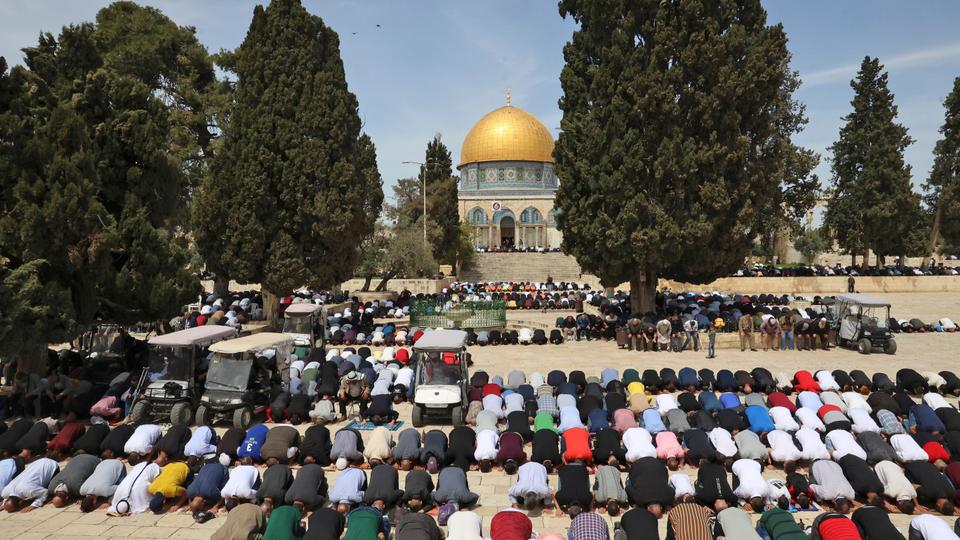 Israel has announced that Palestinian males between 12 and 40 will be banned from praying in the Al-Aqsa Mosque during Friday prayers throughout the month of Ramadan.

“It has been decided to limit the age of worshippers allowed entry to the Temple Mount to men over 50,” an Israeli statement said on 31 March, adding that men between 40 and 50 will need special permits in order to enter the mosque.

Palestinian women and children, as well as men over the age of 50, would be able to enter without permission, the Coordination of Government Activities in the Territories (COGAT) said.

Around 5,000 Palestinians with first-degree relatives in the occupied territories will also be granted permits to visit their families between 10 and 14 April over the coming week, COGAT also said, adding that expansion of the permits will be discussed next week in a meeting between Israeli Defense Minister Benny Gantz and security officials.

This comes in the aftermath of recent attacks carried out by Palestinians in the occupied territories, which left 11 Israelis dead.

Gantz told the President of the Palestinian Authority Mahmoud Abbas in a phone call on 5 April that “Israel is ready to expand its civilian measures during and after the month of Ramadan, in accordance with the security situation,” according to a statement made by the minister.

“Along with the civilian steps we are taking starting this week toward Ramadan, which we will expand if there is security stability, we will continue to do whatever it takes to give people a normal life and to protect Israeli citizens from terrorism,” the statement added.

The restrictions come as tensions heighten in occupied East Jerusalem. In recent weeks, Israeli settlers, with backing from occupation forces, have been storming the courtyard of Al-Aqsa Mosque and provocatively disrupting worshippers.

Israeli forces have also been carrying out mass arrests in the occupied territories under the guise of targeting ‘wanted’ Palestinians.

Palestinian media reported on 4 April that occupation soldiers detained 13 Palestinians the day before, and injured 20 others during a raid on the Damascus Gate, following prayers at Al-Aqsa.