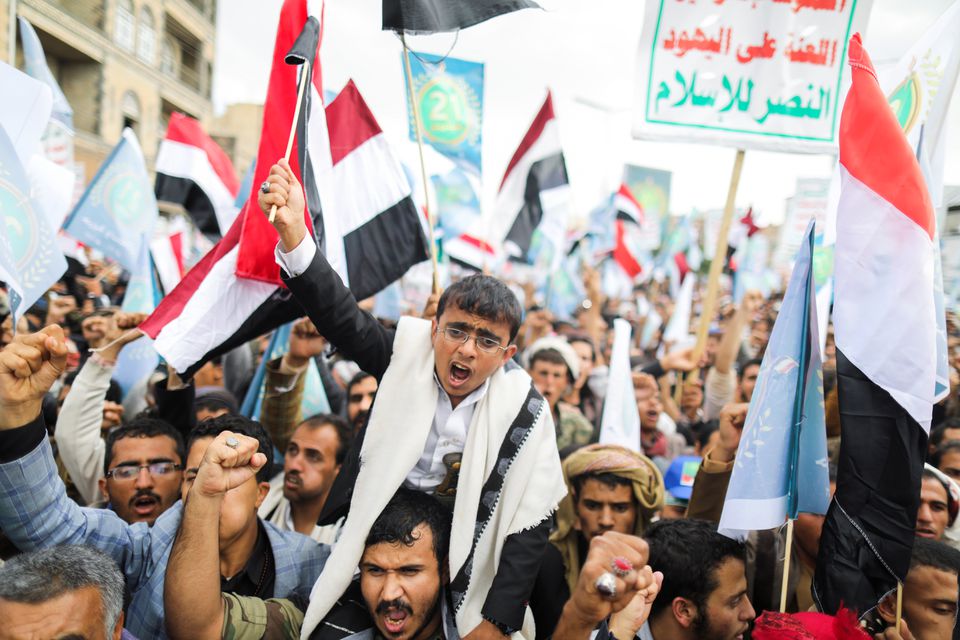 Ansarallah has denounced the unelected, Saudi-appointed presidential council established to replace the contested rule of ousted Yemeni president Abdrabbuh Mansour Hadi during an interview with Al Mayadeen on 7 April.

Muhammad al-Bakhiti, member of the Ansarallah Political Bureau, told Al Mayadeen that the movement to appoint an unelected council to represent Yemen “surprised everyone.”

On 7 April, former president Hadi voluntarily resigned and transferred his powers to a Saudi-appointed presidential council, led by Rashad al-Alimi.

“Rashad al-Alimi was chosen as the head of the new council because he is the man of America,” Al-Bakhiti stated.

Al-Alimi openly supported the US presence in Yemen, according to the Ansarallah official.

Comparing the unelected nature of the council to the Yemeni Supreme Political Council – the popular government ruling in the capital of Sanaa – Al-Bakhiti said: “the true legitimacy in Yemen is for those who defend the country’s independence, and the presidential council is an extension of the occupation and does not have any legitimacy.”

The Ansarallah official went on to say there was no Yemeni role in establishing this council, thus proving that there is no legitimacy to the aggression against Yemen, which claims to be working to restore the rule of the government that ruled prior to being ousted by Ansarallah in 2014.

Saudi Arabia welcomed the resignation of Hadi and immediately urged the unelected council to begin negotiations with the Yemeni Supreme Political Council.

Last month, Ansarallah officials rejected peace talks promoted by the Gulf Cooperation Council (GCC), on the basis that they would be held in Riyadh. An Ansarallah official stated that Riyadh is a party to the war and, as such, cannot be a mediator.

However, Ansarallah stated their willingness to negotiate in a neutral country.

Despite this, Ansarallah does not recognize the legitimacy of the unelected council, saying they would not negotiate with the “tools of the aggression,” and would prefer to negotiate directly with the countries of the quadripartite aggression instead.

Another Ansarallah official, Mohammed Abdusalam, said that “the present and future of Yemen are decided within Yemen, and any activity outside its borders are farcical plays and recreational games practiced by the countries of aggression.”

Abdusalam added that the path to peace only comes with stopping the aggression and lifting the siege, and that the Yemeni people would not accept “illegal measures issued outside the borders of their homeland by an illegal party.”