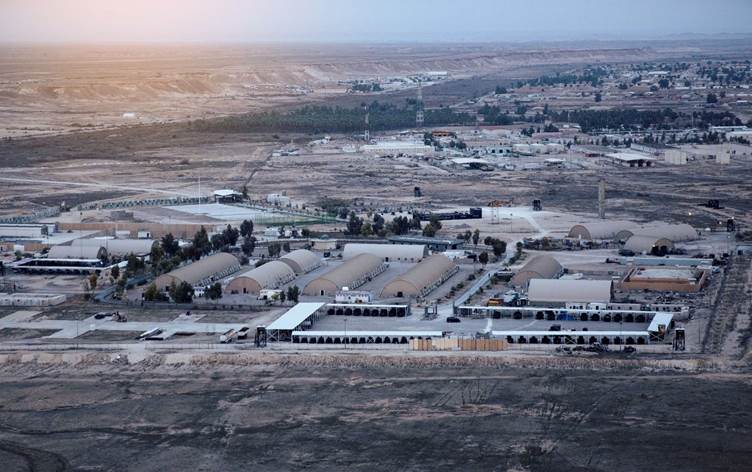 Iraqi security sources reported on 8 April that an unmanned drone hovering above the Ain al-Assad airbase was shot down by US forces in Iraq, which is still under the control of US occupation forces.

Local sources have also claimed that unknown perpetrators attempted to attack the base with two rockets with the assistance of two unmanned aerial vehicles (UAVs). The defense system was, however, able to counter the attack.

No casualties or injuries were reported.

US forces stationed in Iraq have been the targets of several retaliatory attacks by resistance groups.

According to an exclusive report by The Cradle, on 13 March, Iran’s Islamic Revolutionary Guard Corps (IRGC) targeted an Israeli Mossad base in Erbil, the capital of Iraq’s Kurdistan region.

This resulted in the deaths of several Mossad agents.

A senior Iranian source told The Cradle that “the Israelis were using the facility to train saboteurs for attacks against Iran and Iranians.”

Back in July 2021, US troops and diplomats were targeted by a series of drone and rocket attacks within a span of 24 hours by Iraqi militia groups. This was in retaliation to the US-led attack on the Iraqi-Syrian border that killed four of their members.

Attacks by Iraqi resistance groups on US army personnel stem from the experience of the 2003 invasion of Iraq, and in response to their continued presence in the country.