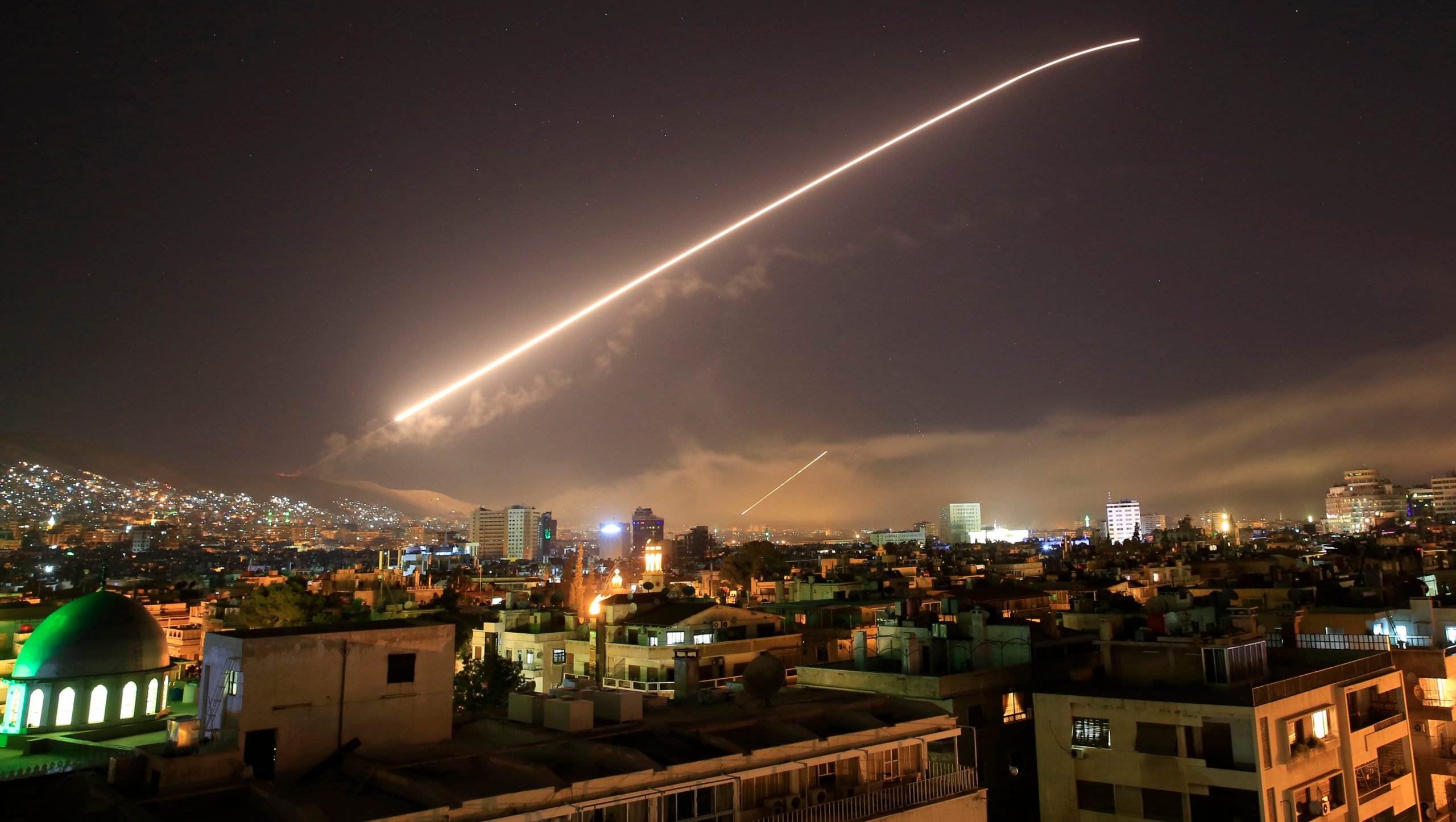 On 10 April, the Syrian Army announced that Israeli aircraft had launched several missiles from a northern area of Lebanon against strategic targets in central Syria.

The Syrian military statement added that anti-aircraft defenses were activated against the Israeli missiles and that some of them were  intercepted.

The UK-based Syrian Observatory for Human Rights (SOHR) said heavy explosions were reported Saturday night near the town of Masyaf in Syria’s western province of Hama.

Several missiles hit targets in the area where Revolutionary Guard and Hezbollah militias are allegedly based, the SOHR said in a statement.

The SOHR said there were warehouses and research centers for improving missiles and drones at the target location, but that no casualties had yet been reported.

The missile bombing was Israel’s eighth strike against targets inside Syria so far this year, the most recent in early March when explosions were reported near Damascus airport.

State news agency SANA said that Syrian air defense intercepted a number of missiles and that the Israeli aerial strike had only caused material losses.

A month ago, during an attack attributed to Israel in the Damascus area, two Islamic Revolutionary Guard Corps (IRGC) officers were killed.

Following the strike, the IRGC launched a series of ballistic missiles against Mossad headquarters in Erbil, Iraq, in what was initially believed to be revenge for the deaths of their two officers in Syria.

However, an IRGC source told The Cradle exclusively that missile strike was in retaliation for a different incident in which Israel launched an attack on an Iranian drone base from Iraq. The IRGC said it would respond to the aggression in Syria at a later time.