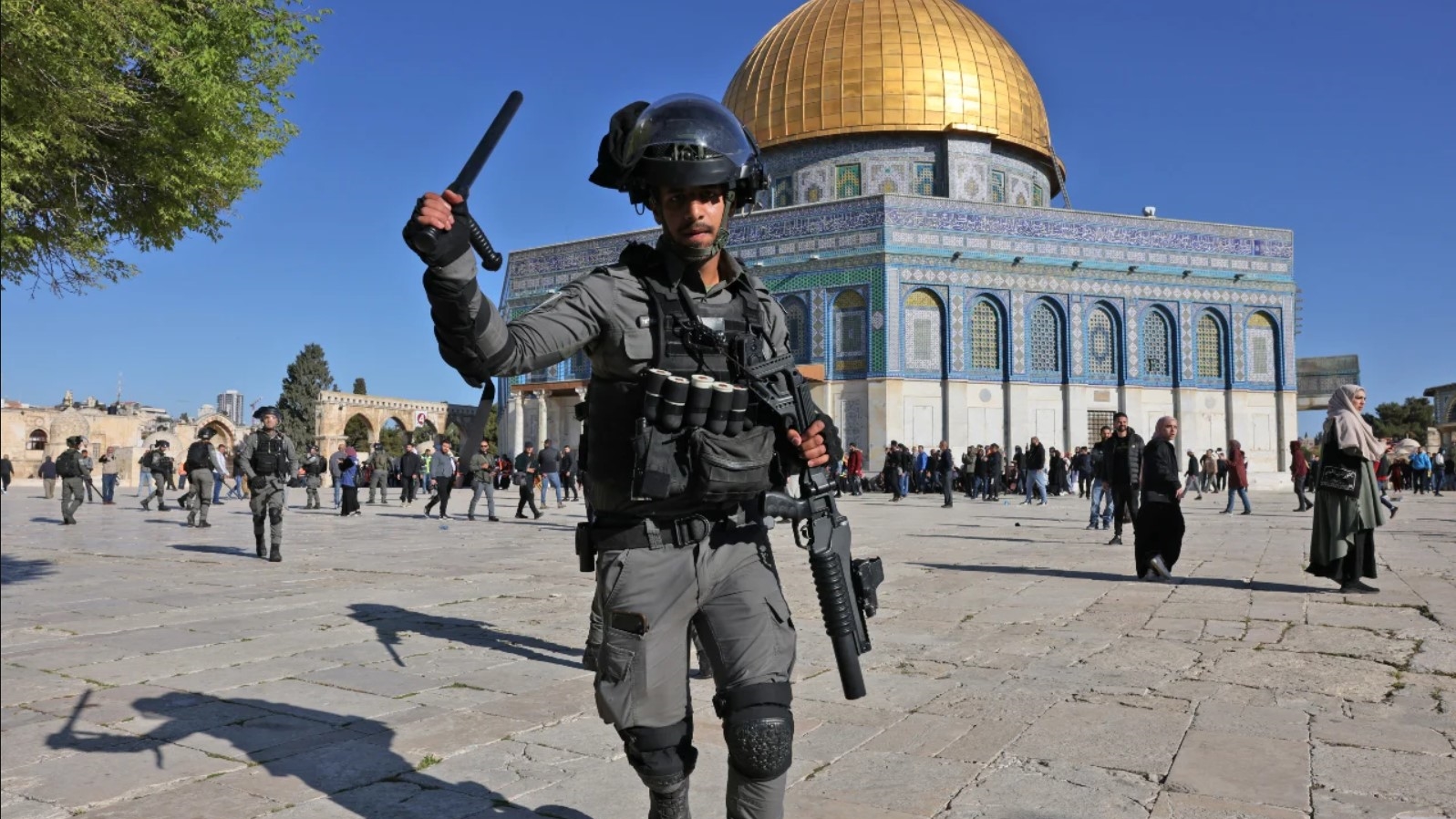 At least 152 Palestinian worshippers were injured on 15 April after Israeli occupation forces launched a violent raid on Al-Aqsa Mosque, completely emptying the holy site with the use of stun grenades, tear gas, and rubber-coated steel bullets.

Videos shared on social media show the violent tactics used by the troops against those who gathered for prayers during the holy month of Ramadan.

Medics, journalists, mosque volunteers, and women were also targeted, according to local reports.

Footage showed worshippers attempting to barricade themselves inside the mosque as Israeli forces began their raid on the area.

The Palestinian Red Crescent announced that the occupation troops also prevented the arrival of ambulances and paramedics to the mosque, while Palestinian media said dozens of injured worshippers remained trapped inside the compound.

Israeli police said they arrested at least 300 worshippers during the raid.

A day earlier, Palestinian resistance movement Hamas called for mass mobilization at Al-Aqsa Mosque, defying the Israeli ban on Palestinian men between the ages of 12 and 40 from praying at the Islamic holy site during the month of Ramadan.

Israel’s latest attack on the holy site came ahead of the Jewish holiday of Passover, set to start on 15 April and last until 23 April, during which far-right Israeli settlers have vowed to raid the mosque and slaughter animals inside its courtyard as a religious sacrifice.

Israeli forces have been placed on high alert over recent days following a wave of deadly attacks against Israeli citizens throughout the country. Applications for firearm permits have also skyrocketed in the occupied territories.

The rise in tensions between Palestinians and Israelis come less than a year after Tel Aviv launched an 11-day war on the besieged Gaza Strip, which led to the deaths of at least 260 Palestinians, and to the significant destruction of the already impoverished enclave.