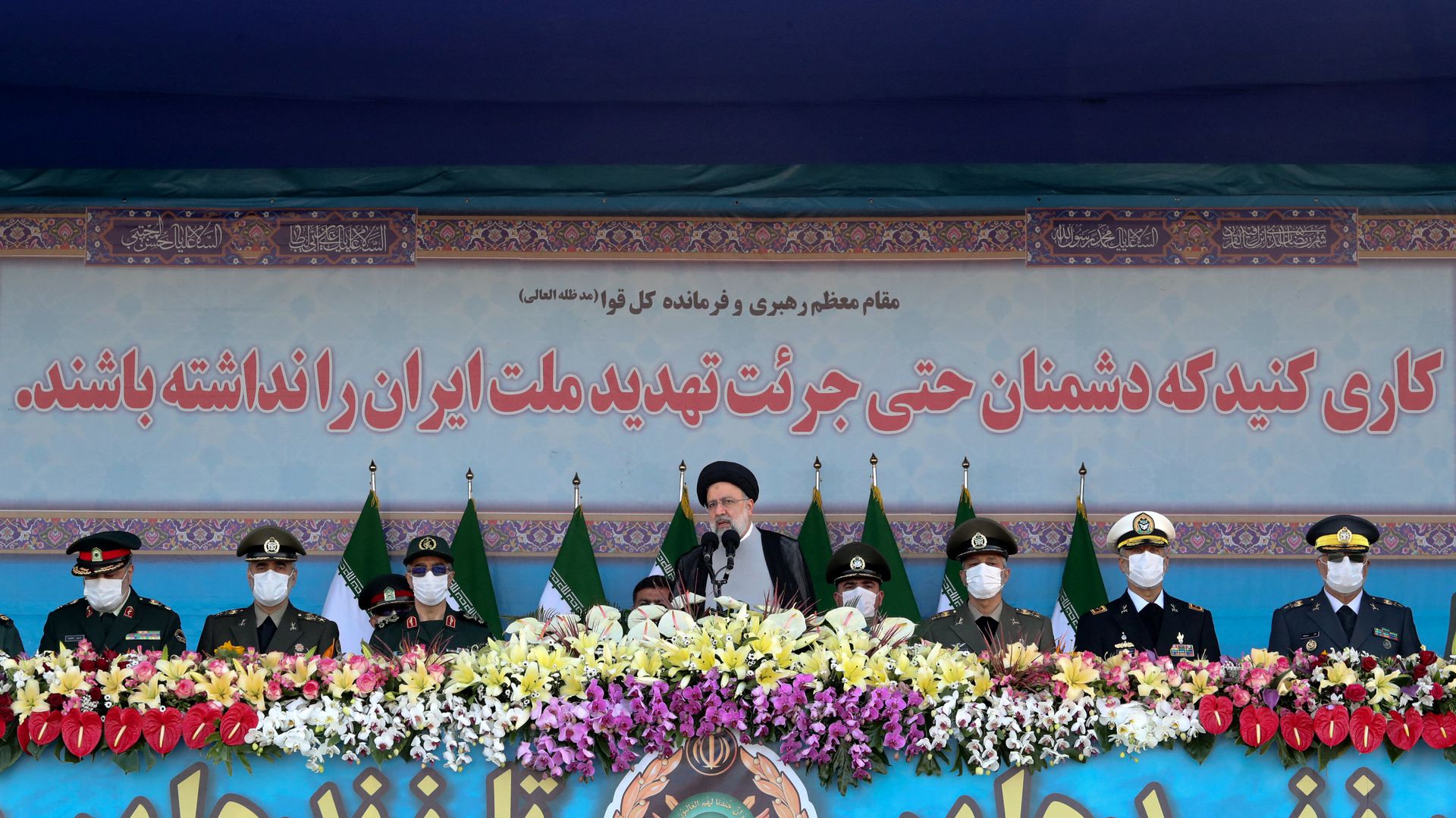 Iranian President Ebrahim Raisi has warned that the Islamic Republic will target “the heart of Israel” if Tel Aviv makes the slightest move against Tehran.

“The message to the Zionist regime is that if you seek to normalize relations with the countries of the region, you should know that your slightest move is not hidden from the eyes of our armed forces and our intelligence and security forces,” the Iranian president said.

Raisi made the comments during a military ceremony and parade marking Iran’s National Army Day on 18 April.

During his speech, Raisi also said that the Iranian army is able to overcome western sanctions and that the country’s military capabilities are internationally recognized.

“Today, our military industry is in the best condition, so we must use it in other industries of the country,” he said.

“What the White House spokesman told the world was that they have suffered a disgraceful defeat in their sanctions and maximum pressure on Iran, and that this is the fate of those who want to fall out with the Islamic system,” the president added.

Tehran has insisted that Israel refrain from launching attacks against Iran and its allies from other countries, or they will retaliate with military force.

Tehran responded by launching precise missile strikes at the compound, killing three of their targets and wounding several others.