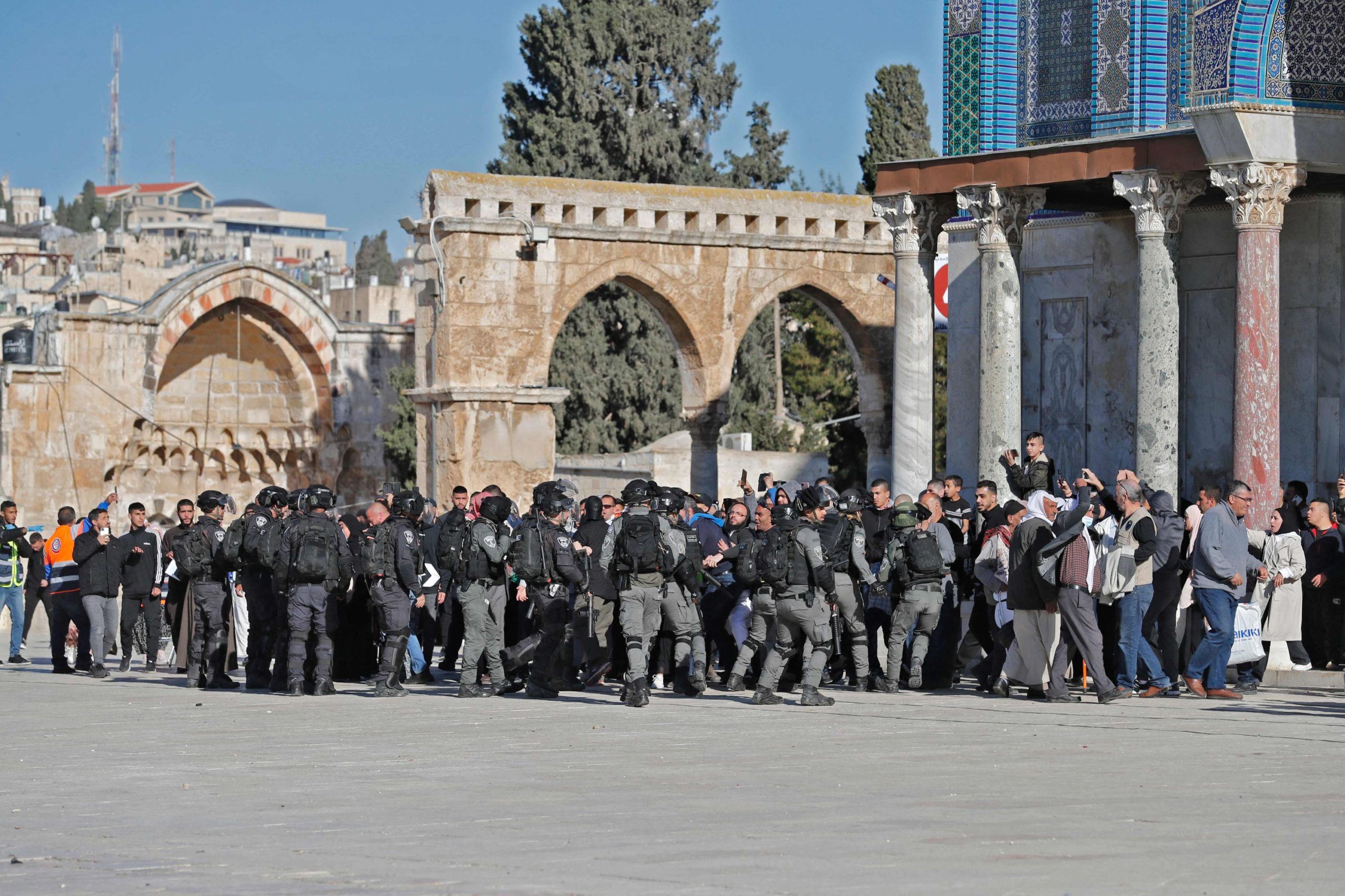 On 21 April, the Israeli occupation police raided Al-Aqsa Mosque for the fifth day in a row using tear gas and rubber bullets, resulting in injuries among the Palestinians who were forced to retreat into the prayer hall.

Palestinian news agency WAFA reported that dozens of worshippers were injured as a result of the assault, with injuries including cases of suffocation.

The Israeli police forced Muslim worshippers to completely evacuate the mosque courtyards, before they allowed settlers to intrude into the holy site.

The incursions took place through the Mughrabi Gate in the western wall of the Sharif Mosque, amid heavy security by the Israeli police.

In Gaza, the head of the Political Bureau of the Islamic Resistance Movement Hamas, Ismail Haniyeh, delivered a firm warning to Israel over its acts of aggression saying “if you think that storming Al-Aqsa will change the Islamic status quo of the mosque, then you are delusional.”

“As we defeated the so-called march of the flags, we will defeat the policy of intrusion and we are still at the beginning of the battle,” Haniyeh said.

He emphasized that Israeli actions in Al-Aqsa will push all the strategic dimensions of the conflict to the fore.

Palestinians who are stationed at Al-Aqsa Mosque represent the first line of defense, which will remain “firm and advanced,” Haniyeh also said.

During previous raids on the Islamic holy site, settlers brought animals to perform ritual sacrifices, a provocative act that Israeli authorities prevented under fears that it would lead to a military response by the Palestinian resistance.

The entry of extremist settlers into the compound came at the onset of the Passover holiday, which lasts from 15 to 23 April. Israeli authorities have also closed off the crossings of the West Bank and Gaza during this period.