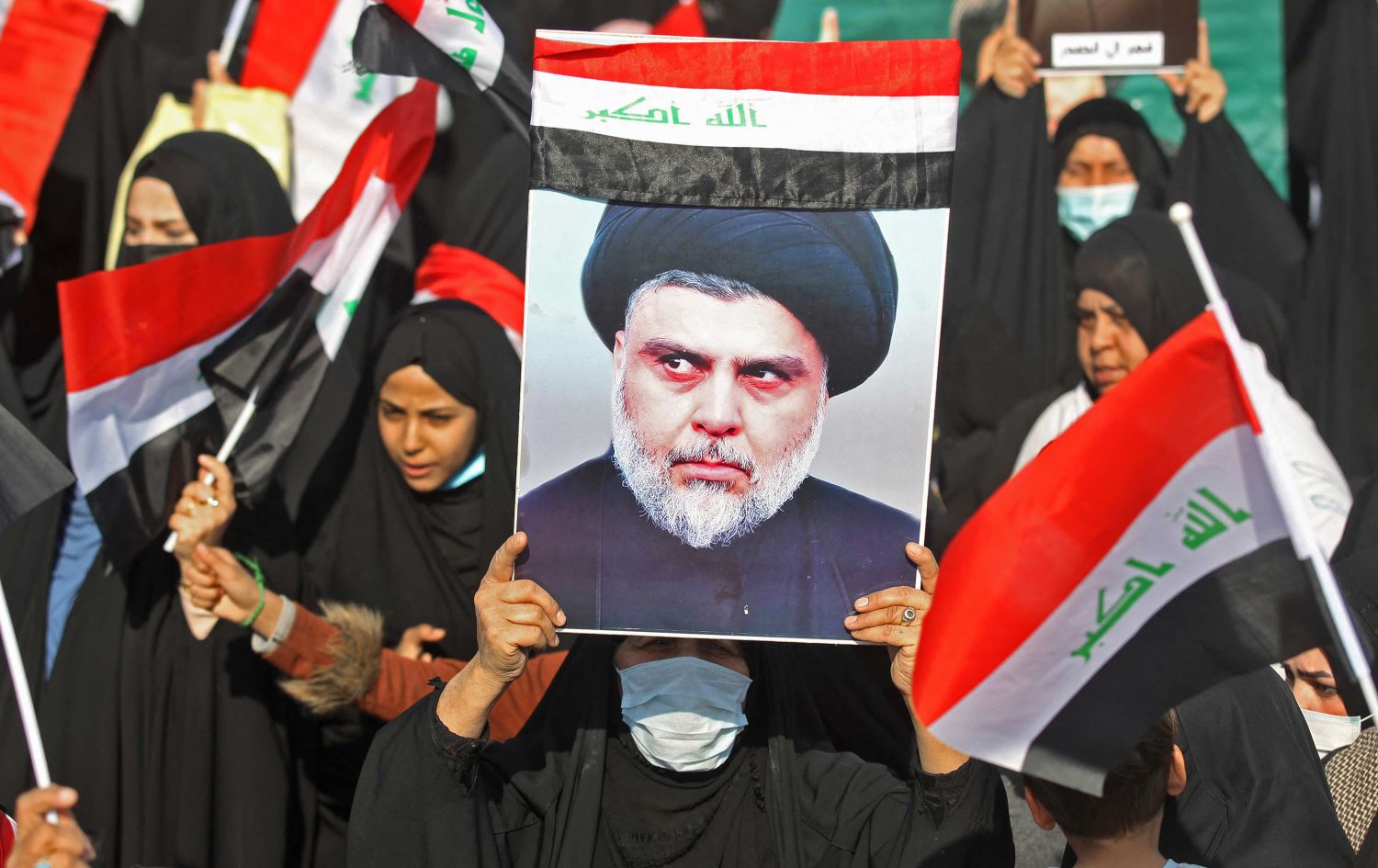 Iraq’s dominant Sadrist bloc has announced plans to introduce a bill in parliament that would effectively criminalize the normalization of relations with Israel.

During a press conference on 24 April between the leaders of the Sadrist bloc, the Sovereignty Alliance, and the Kurdistan Democratic Party (KDP) the officials announced the impending bill.

“We announce the law criminalizing normalization with the Zionist regime, and cutting off the road for anyone who wants to establish any kind of relations with this regime,” the head of the Sadrist bloc in parliament, Hassan al-Adhari, told reporters.

A day earlier, the leader of the bloc, Shia cleric Muqtada al-Sadr, revealed the plan via Twitter.

“The Sadrist bloc and its allies … will soon announce a draft project to criminalize normalization and all dealings with the Zionist entity,” Al-Sadr said, adding that “the issue of normalization and Israeli ambitions to dominate our beloved Iraq … was one of the core reasons that restarted the Sadrist Movement involvement in the electoral process.”

During last year’s controversial elections, the Sadrist bloc won over 70 seats in parliament.

Last September, Al-Sadr spoke out against a conference held in the Iraqi Kurdistan region organized by a US think tank that advocated for Baghdad to sign the so-called Abraham Accords, joining other Arab nations like Bahrain, Morocco, and the UAE.

Back then, he said Erbil “must forbid such terrorist Zionist meetings” and urged the government to “arrest all the participants.”

The move by Iraq’s Sadrist bloc coincides with a call by the National Association of Lawyers in Tunisia to also criminalize normalization in a “legal and explicit capacity.”

The statement released by the Tunisian group called on authorities to “recall the principled position [of Tunis] on all forms of normalization with the Zionist enemy,” adding that they “are following with great concern the daily attacks on the Palestinian Arab people.”