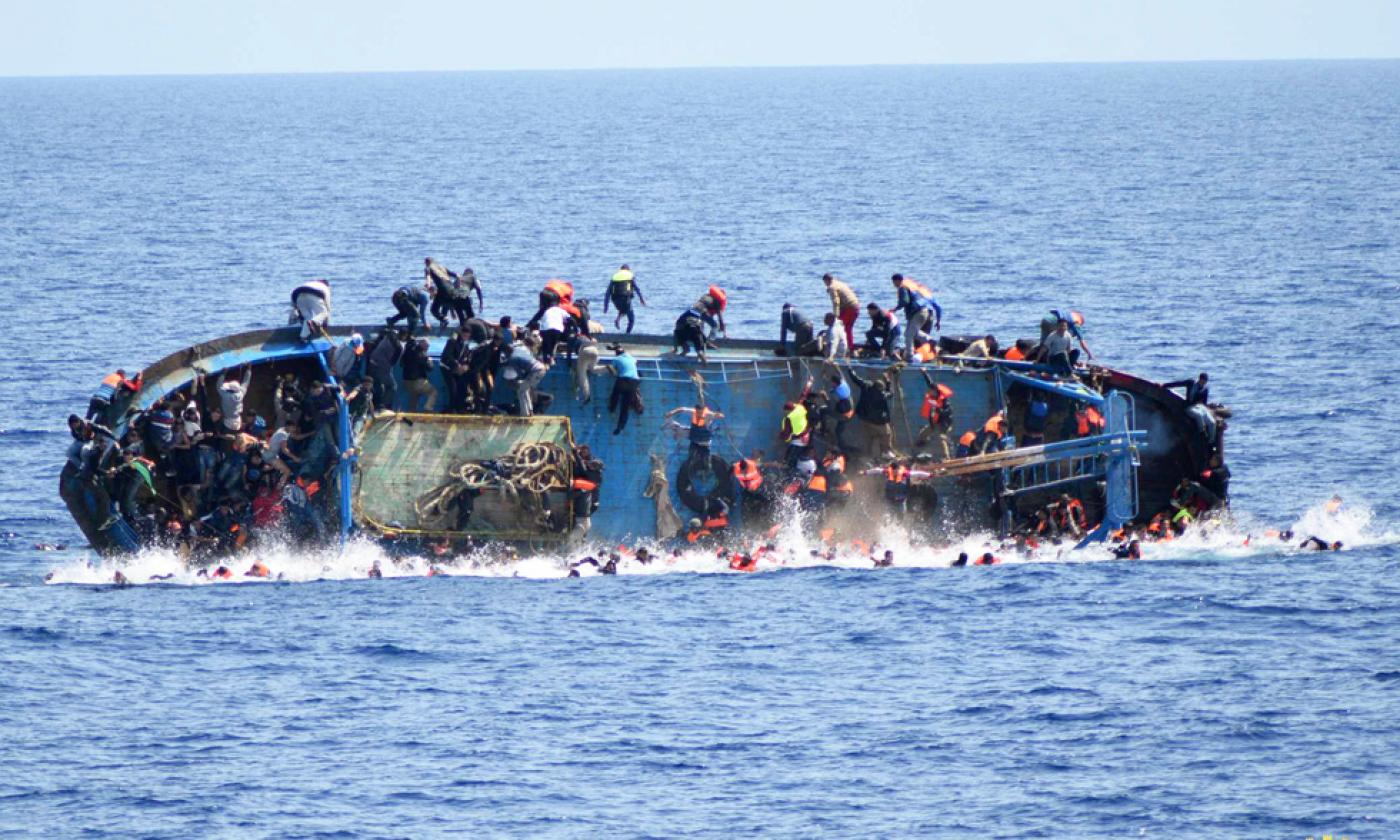 Survivors of the migrant boat sinking incident in Lebanon’s northern city of Tripoli on 24 April have placed the blame for the tragedy on the Lebanese Armed Forces (LAF), accusing its troops of deliberately hitting the overcrowded boat to stop it from reaching Cyprus.

According to survivors, an army vessel attempted to block the path of the migrant boat several times, circling around them before ramming into the boat twice and causing it to split in two.

A number of survivors also said that the LAF vessel was aware there were at least 25 children on board the boat, with soldiers threatening to “bury” the migrants.

At least seven people died during the incident in the early hours of 24 April. Officials have said that 47 others have been rescued, with reports indicating that at least 33 more are still missing.

During an interview with Al-Jadeed TV, a father who lost three kids during the incident identified Captain Dhaybeh as the officer responsible for ramming the migrant boat.

According to UN refugee agency UNRWA, between January and November of 2021 at least 1,570 migrants tried to leave Lebanon illegally by sea to reach the island nation of Cyprus, located 175 kilometers away.

In response to the tragedy, on 24 April, protesters took to the streets of Tripoli blocking several main roads in the city.

The angry protesters also attacked a military checkpoint near the army barracks in Al-Qubba, and gun shots were heard at the scene.

Protests in the streets of Tripoli in the wake of the sinking of the "death boat" pic.twitter.com/beIAxAIRfg

Citizens also tore down election posters in anger over the migrant deaths and the economic conditions that forced them to make the perilous journey.

As a result of the unrest, the Internal Security Forces (ISF) have been deployed near the homes of Prime Minister Najib Mikati, Interior Minister Bassam Mawlawi, and other government officials out of fear of reprisals by angry protesters.

In the hours following the incident, the Lebanese military placed responsibility on the captain of the migrant boat, saying it was overcrowded.

The head of Lebanon’s Naval Forces, Captain Haitham Dannaoui, also categorically denied the accusations against the coast guard for their role in the sinking.

“It is out of the question that we could have possibly caused any harm to the boat. This would have caused our own boat to sink, and so this is not debatable,” Dannaoui said.

According to Dannaoui, the migrant boat “collided” with the army vessel, ramming it in an attempt to avoid being forced back to shore. He also said that the boat was manufactured in 1974, and was carrying 15 times its load.

“It was a crime to take people on such a boat,” Dannaoui added, saying that search operations were still ongoing.

Lebanese resistance movement Hezbollah’s Secretary-General Sayyed Hassan Nasrallah, said in a speech on 24 April that “all the elements of the investigation are known, and speeding up the investigation is the least of our duties,” calling on the government to “stand by the families.”