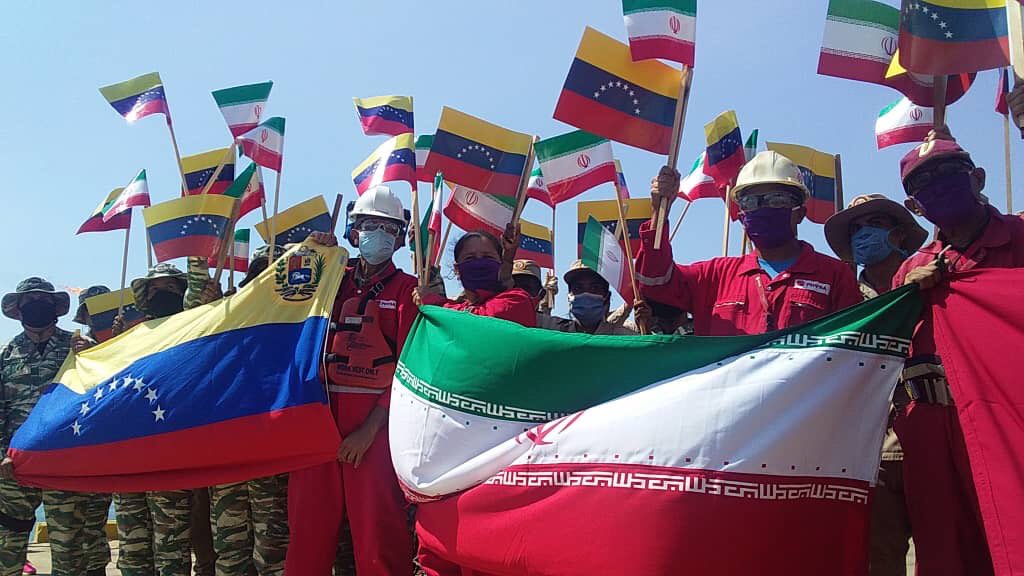 Iran’s Oil Minister Javad Owji is on an official visit to Venezuela, during which he will visit oil facilities and sign energy agreements, in defiance of US economic sanctions.

Bloomberg reported that the Iranian delegation headed by Owji, arrived on 30 April in Caracas. Members of the delegation, along with the head of the state oil producer Petróleos de Venezuela (PDVSA), Asdrubal Chavez, visited an oil refinery complex on the Paraguana Peninsula.

The parties are expected to sign agreements on cooperation in the energy sector on 2 May.

The US, which currently does not import oil from either country, has imposed heavy sanctions on both nations.

A rare meeting between Venezuelan President Nicolas Maduro and top US officials in Caracas in March fueled speculation that sanctions waivers would be granted to free up oil supplies after the start of the Russian-Ukraine conflict.

Venezuela and Iran have stepped up cooperation to overcome US sanctions, with Venezuela importing condensate from Iran to assist in the oil refinery process, as it is used to dilute the extra-thick Orinoco crude into an exportable blend.

José Toro Hardy, an oil economist, who was a member of the board of directors of PDVSA, said in an interview with BBC Mundo in January: “What has been happening is that Venezuela is importing diluents from Iran – naphtha, condensates, light crude – which are being mixed with Venezuelan extra-heavy crude from the Orinoco Belt in order to increase production.”

Toro Hardy believes that, in exchange for these thinners, Venezuela gives Iran a part of the production of this medium crude.

Tehran has also been helping Venezuela by sending gasoline to supply the domestic market of the Latin American country, where the production of this derivative has decreased due to refinery problems.

Francisco Monaldi, director of the Latin American Energy Program of the Baker Institute at Rice University said that “Venezuela was able, with Iran’s help, to create a sanctions evasion structure by substituting Rosneft. In addition, Iran started to supply the diluents that were previously brought in by Russia. All this requires high prices to pay intermediaries and cover transportation costs,” according to BBC Mundo.

The expert added that the plunge in oil production for Iran and Venezuela that occurred in 2020, was not a consequence of a reduction in production capacity, but due to difficulties in selling crude at low prices and evading US sanctions.

Earlier this year, the Miami Herald revealed that Venezuela has managed to double its oil production as a result of assistance rendered by the government of Iran.