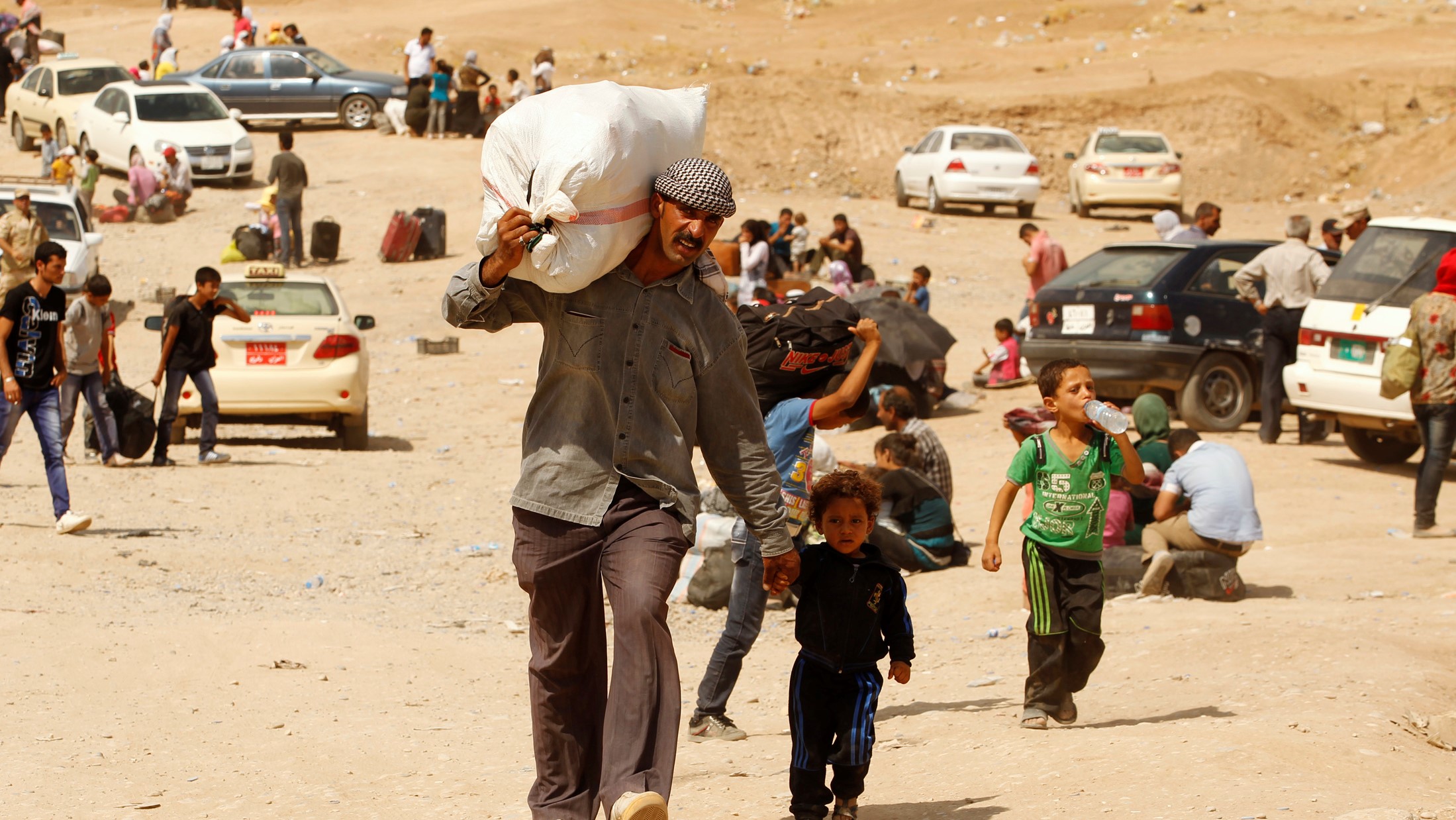 Syrian refugees, fleeing the violence in their country, wait to cross the border into the autonomous Kurdish region of northern Iraq on 21 August 21, 2013. (Photo credit: REUTERS/Thaier al-Sudani)

Turkey is planning to return one million Syrian refugees to areas dominated by the Turkish Armed Forces in northern Syria by offering to build them the infrastructure to rebuild their lives, Turkish President Recep Tayyip Erdogan said on 3 May.

“We are preparing a project to ensure the voluntary return of one million of our Syrian brothers who we are hosting now,” the president said in a video message broadcast by the Turkish public broadcaster TRT.

Erdogan specified that the returnees would settle in 13 districts located in Azaz, Al Bab and Jarablus, north and northeast of Aleppo, as well as in Ras al Ain and Tel Abiad, east of the Euphrates, “in collaboration with the local assemblies.”

All these regions are under the control of the Turkish Armed Forces or local militias allied with Ankara.

Erdogan promised to provide the returnees with houses built with concrete, schools, hospitals and even agricultural machinery to rebuild their lives in Syria.

The president made these remarks for the ceremony of handing over the keys to 57,000 houses built by Turkey for Syrian families in the Idlib area, southwest of Aleppo, still partially under the control of Islamist militias, according to the news agency EFE.

He added that since the start of the Turkish military operation in northern Syria in 2016, some 500,000 Syrians had voluntarily returned to their country.

The opposition claims that Erdogan seeks to encourage the return of Syrians shortly before the 2023 elections in order to win votes among those who see the presence of refugees as a burden on Turkey, already weighed down by a serious economic crisis.

The number of Syrian refugees in Turkey has risen steadily to 3.62 million in 2018, and has been relatively stable since then, at 3.76 million currently, according to Turkish Interior Ministry data.

However, this figure could increase in the next couple of years, as the militant group, Hayat Tahrir al-Sham (HTS), the former Syrian branch of Al-Qaeda, has been using the Ukraine crisis to profit in the Idlib region of Syria, which has a 97 percent poverty rate.

An 18 March report from Al Monitor suggests that HTS abuses its monopoly on the import of goods from Turkey in order to gain more profits from the citizens of Idlib.

Another factor is the inflation of the Turkish lira, which since 2020 has become the de facto currency of Idlib, as well as other rebel-held areas with friendly ties to Turkey.

While citizens face a dual crisis of depreciating currency and rising consumer prices, HTS leadership has been stealing humanitarian aid intended for the people and investing it into real estate in Turkey to generate profits.